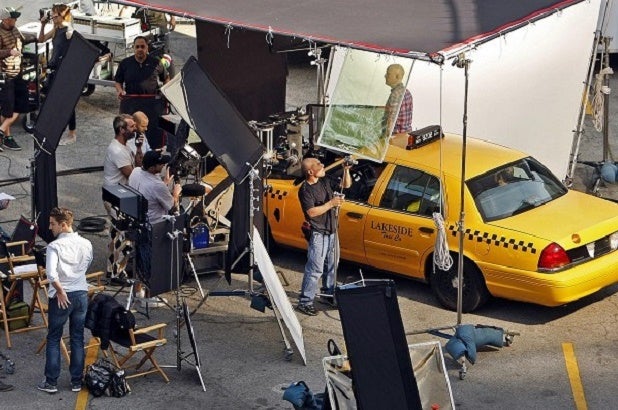 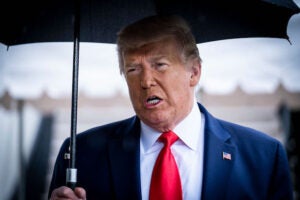 ”I would say that the most difficult part of the restarting process is around testing,“ SAG-AFTRA’s Duncan Crabtree-Ireland says

Visualizing what a Hollywood set will look like during a pandemic is much easier than turning that vision into a reality.

In the week since health and labor officials outlined COVID-19 safety guidelines for resuming TV and film productions, Hollywood guilds like SAG-AFTRA have launched a new process to greenlight projects.

Duncan Crabtree-Ireland, the COO and general counsel for SAG-AFTRA who has been overseeing the guild’s approval process, has been working with producers and directors to help them adapt their soundstage and on-location sets to the new COVID-19 normal. For any project looking to start filming, the producer has to send to the guild an outline of the COVID-19 safety protocols it will adopt during filming and how many cast and crew members will be involved in the production.

“So far, the producers have been very flexible and understanding. Everyone is on the same page about wanting to keep everybody safe,” Crabtree-Ireland told TheWrap. “At this point, I would say that the most difficult part of the restarting process is around testing. Because the technology surrounding testing and our knowledge of the virus is changing so quickly, it’s taking more time for producers to understand how the science of it all affects what they need to do in terms of gathering tests and ensuring safety on set.”

The majority of early applications have been for independent film productions, though some larger productions from major Hollywood studios and networks have submitted their safety protocols. Provided that hospitalizations do not dramatically increase in Los Angeles County and force closures, an increase in applications is expected in the coming weeks.

“This is a very gradual reopening. It’s not so much a moment in time as much as a process,” Crabtree-Ireland said. “The volume of productions that are submitting paperwork is way lower than during full activity for the industry but TV, film and commercial productions are slowly getting started.”

As an actors guild, the element of filming that SAG-AFTRA is most concerned about is what’s happening in front of the camera. As part of the approval process, producers and directors are required to meet with guild officials to discuss any scene that requires close contact between actors without any protection. Since the start of the pandemic, Hollywood has known that some types of scenes with large amounts of close contact won’t be happening on any sets until a vaccine is available. But other types of scenes are being added to that list through these meetings.

“There’s been some productive dialogue about what scenes are safest to film and which ones need to be approached different,” Crabtree-Ireland said. “Some scenes like intimate scenes or fight scenes obviously will need to be approached differently. There are some others that we’re only starting to realize the challenges of recording, like large group singing. Even though that’s a common kind of scene to record, it may take some time to put the measures in place that would make our members comfortable with it.”

Crabtree-Ireland says that both the producers and the guilds are basing their safety plans off two white papers released earlier this month outlining essential COVID-19 protocols in Hollywood. The first was the white paper released by the Industry-Wide Safety Committee and listed general practices, such as personal protection equipment, regular testing for all cast and crew, sequestering all film departments separately and only allowing essential crew on set with one-way entrances and exits to minimize social distancing.

The other key guide is “Safe Way Forward,” a joint report released by the Directors Guild, IATSE, SAG-AFTRA and Teamsters Local 399. It goes into deeper detail on many areas of COVID safety, such as testing frequency and the creation of a “zone system” that determines how frequently different crew members should be tested and which crew members can be allowed access to production areas to avoid long waits for testing.

One common element of filming that isn’t totally out of the question is extras. SAG-AFTRA says that producers have not implemented a blanket rule against the use of background actors but have been looking at the question of how to best utilize them under the circumstances. SAG-AFTRA asserts that background performers can and should be used as they were before, with additional safety protocols and precautions in place. Scenes may sometimes have been rewritten to take place in less public settings, or avoiding large crowd scenes. Productions will also work to ensure that all cast and crew, including background actors are provided proper physical distancing and PPE whenever not on camera.

As more productions get rolling, guilds will continue to work protocol development and implementation side-by-side. More craft-specific protocols for departments like makeup and costume are still being developed by IATSE locals, and the “Safe Way Forward” paper is expected to be revised and expanded as more information from health experts and labor groups come in. The paper even notes that it will likely “never be finished.”

“Remember that all things related to the virus will improve over time — better, faster, cheaper testing, a clear understanding of immunity, a drug that helps fight the virus, etc.,” the unions say. ” The Zone System is a plan to get us started today. With it, we can move forward safely and learn a lot in the process.”