On Monday, Elder appealed to his voters to report any instances of voter fraud on an online form that claimed it had “detected fraud” in the “results” of the California recall election “resulting in Governor Gavin Newsom being reinstated as governor.” The election is Tuesday, so Elder’s claim of voter fraud was preemptive. 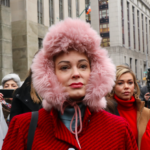 “What whiners. What losers. These poor little snowflakes are going around… Every time it looks like they’re going to lost an election, they say, ‘Oh, the election got stolen. They cheated.’ Seriously? This is elemental,” Scarborough said, calling that “their strategy.”

He went on, “They understand — especially in places like California — that their policies are just extraordinarily unpopular. They’re on the wrong side of so many issues.”

Newsom’s fate will be determined on Tuesday. California voters will be asked if he should be recalled. Should 50% of the voters say he should not be recalled, he will remain governor. If not, the next highest voter-getter, presumed to be Elder, will become governor.