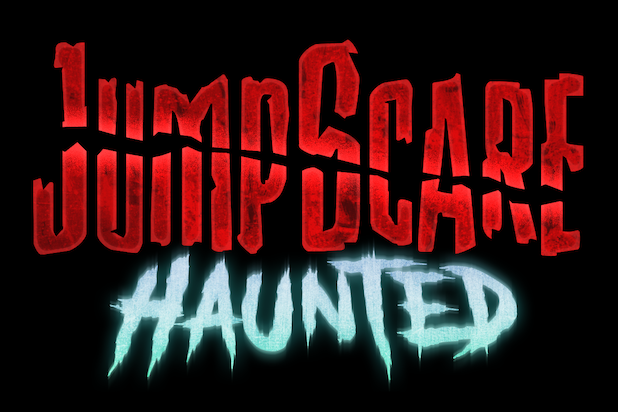 Scholastic Entertainment is developing an animated kids horror series called “JumpScare” based on popular Scholastic novels and will team with Mainframe Studios and the American writing collective behind the popular “Ben 10” series, TheWrap has learned exclusively.

“JumpScare” will be aimed at viewers between 8-12 and will adapt four stand-alone books all published by Scholastic, as well as one original story from Man of Action, which will write and develop the series.

Though the series is based on five different stories, each episode will be part of a shared universe of teenage protagonists who are forced to reckon with spirits trapped between worlds at haunted houses, asylums and graveyards, and one episode that grapples with race when a character stumbles across an old segregated, “Blacks Only” cemetery in her backyard. And each individual episode will also have its own unique animation style to match the story and tone.

The four Scholastic books that will be adapted for “JumpScare” are “Summer’s End” by Joel A. Sutherland, “Agony House” by Cherie Priest and illustrated by Tara O’Connor, “The Forgotten Girl” by India Hill Brown and “The Dead Girls of Hysteria Hall” by Katie Alender. You can find synopses for all four books below.

“The horror genre continues to be extremely popular and is always among our bestsellers. These four titles lend themselves perfectly to layered stories of personal discovery, filled with suspense and surprise twists and turns to keep readers on the edge of their seats,” Lucchese said in a statement.

“We’re so excited to be working with Mainframe Studios and Man of Action to create content that expands on the storylines from these popular titles in a fresh and dynamic way, as well as bringing Man of Action’s newest story to the screen for the first time,” Kaminsky said in a statement.

“We are delighted to work with our great partners, Scholastic Entertainment and Man of Action, to continue pushing the boundaries of Mainframe’s storytelling,” Hefferon and Little said in a statement. “Each of these haunted, atmospheric stories features kid characters who use their brains, courage and friendships to fight supernatural forces. These are the kinds of stories that kids share and dare each other to watch.”

Scholastic Entertainment has been very active of late developing TV and film adaptations of some of its most iconic properties, including films based on “Clifford the Big Red Dog,” a live-action “The Magic School Bus” starring Elizabeth Banks and the YA book series “Caster.”

See the synopsis for each of the four adapted Scholastic novels that will become “JumpScare” below:

“Summer’s End” by Joel A. Sutherland – Four kids are inexplicably drawn to an old, abandoned children’s sanatorium on a remote island off the coast. In attempts to untangle the mystery behind its shuttered doors, the friends become involved in a deadly fight between restless spirits of past inmates and the murderer who trapped them there.

“Agony House” by Cherie Priest, illustrated by Tara O’Connor – While her family tries to convert an old New Orleans house into a bed and breakfast, Denise is plagued by whispering voices, weird noises, and electric shocks. Could answers lie hidden in an old comic book she finds in the attic?

“The Forgotten Girl” by India Hill Brown – Tormented with nightmares after she discovers an abandoned, segregated “Blacks Only” cemetery in her backyard, Iris’ life becomes entwined with a jealous and demanding ghost that’s determined to accomplish some unfinished business. Iris must do everything in her power to help this vengeful soul, or risk losing herself to an eternity of being forgotten.

“The Dead Girls of Hysteria Hall” by Katie Alender – Delia isn’t sure what to think when her great aunt leaves her the family home in her will. But when she becomes horrifyingly trapped within its walls, she discovers that the house was once an insane asylum for “troubled” girls–many of whom still haunt the halls. Delia quickly learns that ghosts are the least of her worries though… as something even darker and more insidious lurks in the basement of the house.