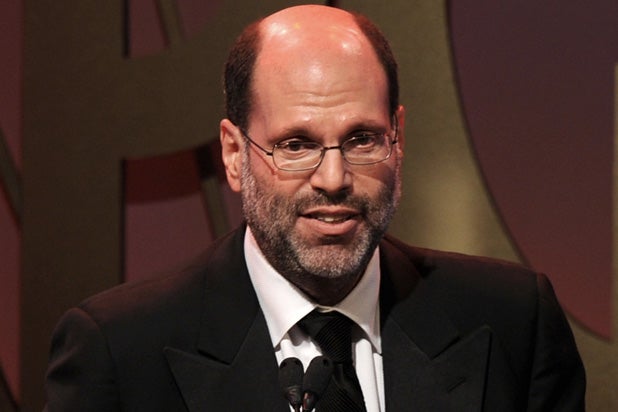 Award-winning producer Scott Rudin is being sued by an advertising agency that says it is owed over $6 million for ad work it was never paid for.

In a lawsuit filed this week in New York, SpotCo said they did work for Rudin on his Broadway shows for years with no written contract. The company said that Rudin would routinely fall behind on payment but always made good. SpotCo says that Rudin’s “usual practice is to make partial payments on outstanding invoices on the one hand, while requesting additional services on the other. In other words, while the oldest debts were paid off, new debts were incurred, and the result was that the totality of the debt was never paid in full.”

That is, until last September, when SpotCo says a dispute arose between the two sides “over the failure to pay outstanding invoices.” SpotCo says its request for payment has been “ignored” and Rudin currently owes $6,331,972.04.

The work in question, SpotCo says, involves various Broadway productions, including “The Waverly Gallery,” “To Kill A Mockingbird,” “King Lear,” “Hillary and Clinton,” “Gary: A Sequel to Titus Andronicus,” “West Side Story,” “The Lehman Trilogy” and “Who’s Afraid of Virginia Woolf?”

“The case has no merit and the defendants intend to contest it vigorously.” Jonathan Zavin, attorney for Scott Rudin Productions, said in a statement to TheWrap.

In his career, Scott Rudin has won 17 Tony Awards and an Academy Award for Best Picture for producing “No Country for Old Men.”