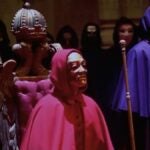 You can watch Meyers’ full thoughts on Cawthorn’s claims in the video here and above.

Meyers then admitted that, if Cawthorn’s claims are actually true, he would probably be impressed.

That said, Meyers added that he definitely doesn’t want Cawthorn to name names, because “all those names go with faces we know.” 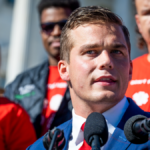 Joking aside, Meyers did take a moment to point out just how odd the claims are.

“This is truly an amazing turn in the evolution of the Republican party,” he said. “They whipped up their base into believing crazy s—, that base then elected a bunch of crazy people who believe that crazy s—, and now those crazy people are accusing their fellow Republicans of engaging in wild, drug-fueled sex parties. This whole group of pro-Trump toadies is just so weird and loathsome.”