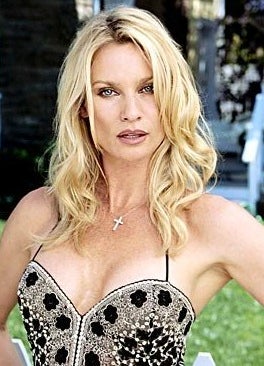 Golden Globe-winning "Desperate Housewives" star Nicollette Sheridan has sued the show’s creator, Marc Cherry, claiming he assaulted her on the set and then had her fired for complaining about him.

Sheridan claims Cherry created a hostile work environment, "from the inception of the show," behaving in a "rude and degrading manner" and is know for "regularly demeaning writers and staff in front of others," according to the lawsuit.

In July and August of 2008, the lawsuit says, after Cherry had behaved badly toward her "not only in front of the other cast and crew on the Show, but before the public at large," Sheridan made "multiple attempts" to talk to Cherry privately about his behavior. 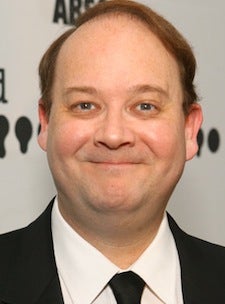 Finally, they met, she claims, and Cherry admitted he had behaved badly and apologized — but continued to "behave in a rude and degrading manner toward her."
In one incident — during the show’s fifth season, in September 2008 — she claims “he “forcefully hit her with his hand across her face and head” over a script disagreement during reherasal.
She responded, "You just hit me in the head. That is not OK. THAT IS NOT OK," according to the lawsuit.
She claims that Cherry went to her trailer to "beg for forgiveness," but after she reported him to ABC, her character was written off the show, "resulting in her losing millions in future earnings," the lawsuit said.

The lawsuit says the actress was contracted for a miminum of 13 episodes per season. During season five, compensation was at $175,000 per episode, to increase $25,000 in season six and $50,000 in season seven.

Sheridan claims the network did nothing about her complaints.

"The decision to kill off Sheridan’s character demonstrates that Cherry and ABC intended to and did retaliate against Sheridan for her complaints about Cherry," the lawsuit says.
She further claims that ABC and Cherry discriminated against Sheridan and "ultimately terminated her on account of her sex, her sexual orientation and her age."
Cherry’s treatment of Sheridan, she says, "occurred because he is a homosexual man and she is a heterosexual woman."
The lawsuit also charges that Cherry directed his ire at co-star Teri Hatcher as well.
"After an incident where Sheridan’s co-star on the show Teri Hatcher went above Cherry’s head to speak to ABC executives, Cherry told Sheridan, ‘I hope Teri Hatcher gets hit by a car and dies,’" according to the lawsuit.
As for ABC, Sheridan charges that despite ABC’s "knowledge of Cherry’s harassment of Sheridan, ABC tailed to take immediate and appropriate corrective action."
“While we have yet to see the actual complaint, we investigated similar claims made by Ms. Sheridan last year and found them to be without merit,” ABC said in a statement.
x