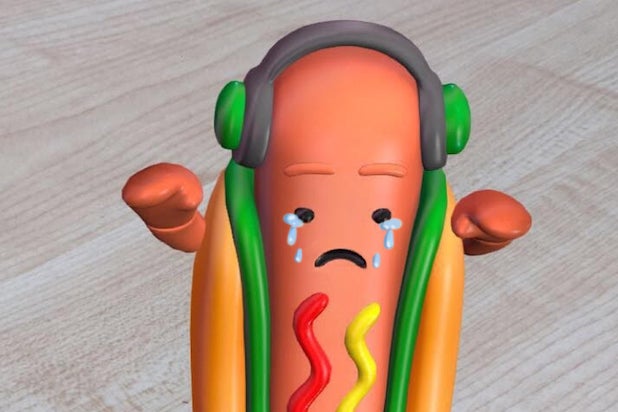 Nothing reeks of panic like an app redesign only eight months after going public.

But that’s where we are with Snapchat and its parent company, Snap Inc., after a third straight lackluster quarter — punctuated by underwhelming sales and feeble user growth  — has investors running for the hills.

That’s not what you want to hear if you’re CEO Evan Spiegel, who co-founded the revolutionary picture-messaging app in 2011. But the parallel is hard to miss: Snapchat had a major lead on its rival, Instagram, when it came to time-sensitive messaging. That lead was squandered, much like Myspace was ultimately swept aside by Facebook. (It hasn’t helped that Instagram has used Snapchat as its tech equivalent of a minor league team, copying several key features, including “Stories.”)

Where’d it go wrong? According to one Los Angeles-based digital marketing executive, Snap missed the influencer boat by “shunning” creators. Consequently, the exec switched his celebrity clients from posting and promoting content on Snapchat to Instagram, once the latter added features like “Stories” and live video.

“They let Instagram swoop in. I don’t know that many celebrities that spend that much time on the [Snapchat],” said the executive. “Unless [Snap is] going to go and really help them grow their followings to a crazy amount, I’m just not going to get what I get on Instagram.”

A major app redesign is coming in December, aiming to belatedly tap into influencers. As Business Insider reported, Snapchat will still open to the camera. But on the left side it’ll feature content from friends, while the right side will highlight sports, content from Snapchat’s publishing partners, and “Stories from verified celebrities on Snapchat.” For once, it’s Snapchat taking a page out it competition’s book, mirroring the curated search page of Instagram.

The move, according to Spiegel, will make Snapchat “easier to use.” But it also threatens to undermine what made Snapchat cool in the first place — that it wasn’t overly saturated with celebrity shilling and  that it wasn’t easy for everyone to use. (If your aunt can use it, how “cool” can it be?) Spiegel acknowledged this, saying there’s a “strong likelihood” the redesign will be “disruptive” and potentially scare off many of its 178 million users.

Peter Csathy, chairman of CREATV, a media and tech-focused business development and advisory firm, told TheWrap he sees why the company is rolling the dice.

“The market is clearly telling Snap they can’t continue to do what they’ve done, in order to succeed in the future,” said Csathy. “Snap has proven itself to innovate and be very successful in innovating. At the same time, if the experience is changing in a meaningful way, then there’s a real risk to the base its built all this time that have come to know it and love it. But things naturally evolve, too… it’s a very risky proposition, but Snap has no choice but to take significant risks.”

The LA-based marketing executive, on the other hand, isn’t convinced Snap’s gamble will pay off.

“It just seems like they’re grasping at straws at this point,” said the executive. “It’s a weird Sophie’s Choice they have to make: how to grow up without losing the last remaining bastion of what’s special, which is younger people using it for messaging.”

But according to Csathy, that’s Snapchat saving grace — its strength among Gen Z’ers. A recent Piper Jaffray survey found nearly half (47 percent) of 4,100 teens polled said Snapchat is their preferred social media platform, giving it a healthy lead on both Instagram (24 percent) and Facebook (9 percent). As long as Snapchat can keep them in the fold after its redesign, companies will still look to Snapchat, according to Csathy.

Here’s the situation for Snap: It has a sticky, game-changing platform that has failed to substantially grow its user base since going public. It has made moves to shore up its ad business, but its sales haven’t met Wall Street expectations. In the meantime, Instagram has aggressively ripped off its key attributes and added new features to boot.

The moves have paid off, with Instagram Stories now boasting 120 million more daily users than Snapchat. The “if it’s not broke, don’t fix it” axiom doesn’t apply here. Snap’s business is at a crossroads. While its upcoming redesign blinks “desperation” in neon lights, it might be the catalyst needed to remind everyone why it was so appealing in the first place.