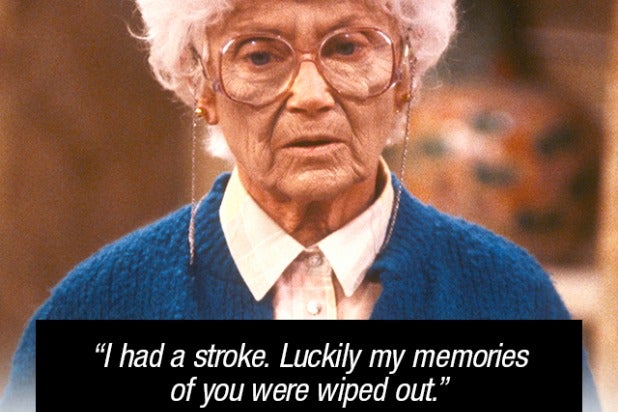 Logo TV is determined to be more biting than Shark Week: Just as Discovery airs its 27th annual celebration of teeth-gnashing fish, Logo will premiere its inaugural “Snark Week,” dedicated to the dark art of sassy commentary.

Logo isn’t the first network to play off of Discovery’s week — or even to launch a “Snark Week.” We TV announced its own “Snark Week” last month. It will begin Aug. 1, before “Shark Week” and Logo’s “Snark Week.” Both the We TV and Logo weeks will focus on snarky characters, one-liners, and episodes of snark-laced shows.

Also read: Why Michael Stipe Was Afraid to Be Tested for HIV (Video)

The Logo week will begin Sunday, Aug. 10. The network targeting GLBTQ audiences will host marathons from from 5 p.m. to 1 a.m. featuring sitcoms known for their snark, including “The Golden Girls,” “Will & Grace,” “Designing Women,” “The Nanny” and “Don’t Trust the B.”

Fans can also share and tag friends in meme-ready images called “Snark Bites” that feature iconic one-liners from the shows. (See photo, above.) And they can tweet their own “Snark Bites” using #Snarkweek.

Starting Friday, fans can also visit Logo TV’s Facebook page to vote for the “Snarkiest Moment of the Year.” The 11 nominees include Seth Rogen and James Franco‘s parody of Kanye West and Kim Kardashian, Rihanna’s Twitter reply to someone who left her show early, Neil Patrick Harris scolding a “Hedwig and the Angry Inch” audience member, and Mariah Carey‘s response when asked to say three nice things about Eminem.

Throughout the marathons, Logo will display fans’ Snark Bite tweets and encourage them to vote for the Snarkiest Moment, which will be revealed at the end of the week.

This year The Hub, which is co-owned by Discovery and Hasbro, will premiere a “Bark Week” devoted to dogs.