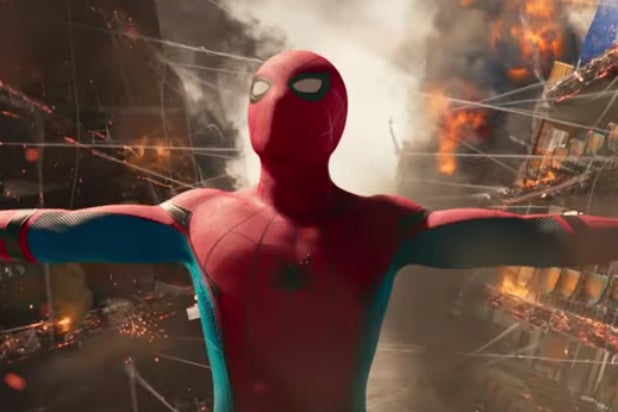 Note: This post contains spoilers for “Spider-Man: Homecoming.” Read on at your own risk.

“Spider-Man: Homecoming” does a pretty good job of stealthily sneaking in key villains among its cast.

In addition to Adrian Toomes (Michael Keaton), better known as Vulture, there’s also Shocker (Bokeem Woodbine), a powerful enemy with electricity powers, and The Tinkerer, who makes weapons for use against Spider-Man.

Midway through the movie, “Spider-Man: Homecoming” also subtly introduces another villain and then at the end teases his role in later movies. It’s the character played by Michael Mando, who appears only briefly in the movie. He’s the scary guy buying weapons from Toomes on the Staten Island Ferry, who winds up knocked overboard when Spider-Man intervenes.

Mando’s character, Mac Gargan, shows up again during the mid-credits scene to vow revenge against Spider-Man. It’s likely he’ll get a chance to try, since fans of the Spider-Man Marvel Comics will recognize Gargan as the name of the villain more commonly known as Scorpion.

Among Spider-Man’s toughest villains, Scorpion is a powerful bad guy with a super-powered Scorpion suit, complete with a deadly tail. In terms of his abilities, you can think of him as a twisted version of Spider-Man, taking a more overtly villainous arachnid form — he’s got a similar sort of superhuman physical prowess as Spider-Man, including the ability to wall-crawl. No web shooters, of course, but that scorpion stinger ain’t just for show.

In the comics, Gargan also goes on to become another powerful Spidey villain: Venom. The black, Spider-Man like baddie is actually two characters — traditionally, Eddie Brock, a rival of Peter Parker’s who hates Spider-Man, and an alien “symbiote” creature that Brock wears as a suit. Parker actually wore the symbiote suit briefly (it’s the black spider-suit from “Spider-Man 3”), but Parker recognized it was amplifying his darker tendencies and broke with the creature. It later found Brock to become Venom.

When Brock finds he’s dying from cancer, the symbiote abandons him and eventually finds Gargan, another man who shares the creature’s hatred for Spider-Man. Together, they become Venom and try to kill Spidey.

Gargan’s appearance in the mid-credits scene in “Spider-Man: Homecoming” is pretty good evidence we’ll find Scorpion as at least one of Spidey’s future foes.