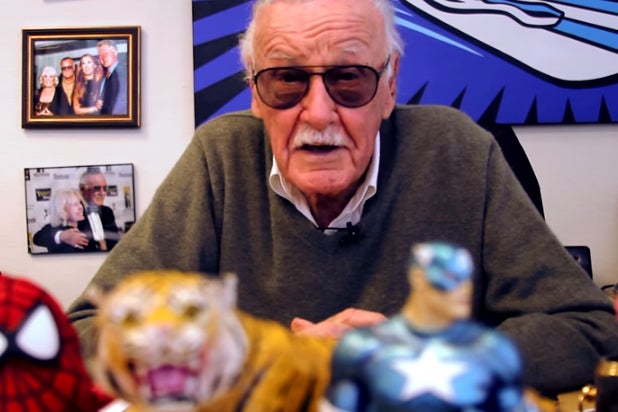 As an employer, Stan Lee is a world-class villain — at least, if a new lawsuit filed against the comic book legend is to be believed.

Lee, his wife and his daughter are being sued by a former executive assistant who says that he was subjected to verbal abuse and humiliation, stiffed on his wages and then kicked to the curb after he demanded what was owed to him.

In the suit, filed in Los Angeles Superior Court on Tuesday, Shawn Lukaszewicz says that he was initially hired in October to set up and manage a booth run by Lee’s daughter Joan Celia Lee at Lee’s ComiKaze convention. The gig turned out to be rocky, the complaint says, with Stan Lee ranting at Lukaszewicz and telling him, “This is fucking embarrassing … you did a shitty job … this is fucking unbelievable.”

Despite the harsh appraisal, the lawsuit says Lukaszewicz was hired full time as an executive assistant to the Lee family, building and managing websites and managing social media for Joan Celia Lee, among other duties. Though Lukaszewicz says he was hired to work 40 hours a week at $40 an hour, the lawsuit says that he was “required to be available at all times 24/7 on an as needed basis.” Lukaszewicz says he ended up working overtime, but was shot down when he tried to collect the additional pay and was told, “you are already getting paid too much. Don’t complain. You should be an intern. You are lucky to be working for the Lee family in the first place.”

Also Read: Mary-Kate and Ashley Olsen's Dualstar Accused by Former Intern of Stiffing Her on Wages

The lawsuit alleges that the troubles mounted from there. According to the filing, Lukaszewicz’s supervisor demanded a kickback from his earnings, and he was subjected to a flood of abusive behavior from his bosses.

Lukaszewicz lists a litany of allegations in the suit. Among the accusations: that Stan Lee told him to “get the fuck out” when he arrived at Lee’s home to deliver mail to him; that Joan Celia Lee called him her “little bitch” and told him “you must be  fucking retarded,” and that his hourly rate was slashed to $25.

As a result of the alleged “outrageous” and “malicious” treatment, Lukaszewicz says he’s suffered “humiliation, mental anguish and emotional and physical distress.” Specifically, he claims to have been “injured in mind and body including but not limited to depression, anxiety, diminished cognitive functioning, headaches, nausea, bowel movement problems, high blood pressure and sleep disturbance,” along with lost earnings.

Lukaszewicz’s suit isn’t his first legal tussle with the Lees. In July, Joan Celia Lee filed a case against him alleging contractual fraud. An Oct. 28 hearing is scheduled in that case.

An attorney for Joan Celia Lee told TheWrap that the Lee family has no comment on Lukaszewicz’s lawsuit at this time.