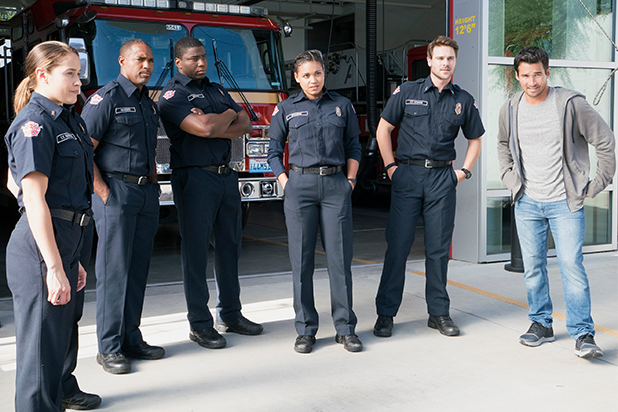 McKee created the “Grey’s Anatomy” spinoff in 2018, serving as showrunner on its first two seasons. No replacement has been named, as ABC has not yet made a decision regarding the show’s future. Word on the show’s renewal or cancellation is expected in the coming weeks.

McKee’s exit comes after 15 years at Shondaland, having worked on “Grey’s” since its launch in 2005. Her decision to depart the franchise follows the expiration of her overall deal with producers ABC Studios.

“After working underneath the Shondaland umbrella for over 15 straight years, Stacy’s deal is up and she is taking the opportunity to move ahead in a new direction. Stacy feel she’s accomplished what she set out to do, which was to successfully launch the Grey’s Anatomy spinoff, Station 19, through two complete seasons.  She is now looking forward to what comes next,” a spokesperson for Shondaland said in a statement to TheWrap. “She is still showrunner through this current season, and as you know the series has not been picked up for an additional season, so nothing more to share for now. We obviously wish her the best.”

“Station 19” is currently airing its second season, with the season finale set to air on May 19. The show is still awaiting word of a possible season three renewal.

The fire-station drama is the second “Grey’s” spinoff to come from Shondaland, following “Private Practice,” which aired from 2007 to 2013. The series stars Jaina Lee Ortiz, Jason George and Grey Damon, with Shonda Rhimes, Betsy Beers and Paris Barclay serving as executive producers.