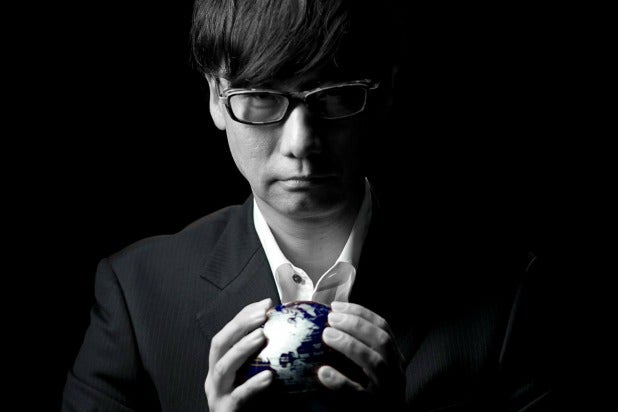 In 2015, Kojima’s “Metal Gear Solid V: The Phantom Pain” won Best Action/Adventure Game, but the award was accepted on his behalf by the game’s star, Kiefer Sutherland. Game Awards host and producer Geoff Keighley said during the show that Kojima’s absence was due to “Metal Gear” publisher Konami ordering him not to attend.

Though Kojima has not released a game in 2016 that would be eligible for an award, he will receive Awards’ Industry Icon award, which is a lifetime achievement award of sorts. The 2016 nominees were announced on Wednesday, and you can view that full list here.

“Hideo Kojima is one of our industry’s most accomplished and innovative storytellers,” Geoff Keighley, creator of The Game Awards, said in a press release. “When we started work on this year’s Game Awards, my first priority was to make sure we honor him properly in front of his peers and fans.”

In 2015, the Industry Icon award was given to Brett Sperry and Louis Castle, the co-founders of Westwood Studios, which was best known for its pioneering strategy game series “Command & Conquer.”

Kojima’s next project is “Death Stranding,” an action game that will feature “Walking Dead” star Norman Reedus in the lead role.

Awards is an all-streaming affair, and you’ll be able to watch on YouTube, Twitch, Facebook Live, Twitter, dedicated apps on the PlayStation Network and Xbox Live, and in virtual reality from NextVR.

Keighley announced earlier this month that they would be bringing the show to China for the first time in a deal with Tencent.