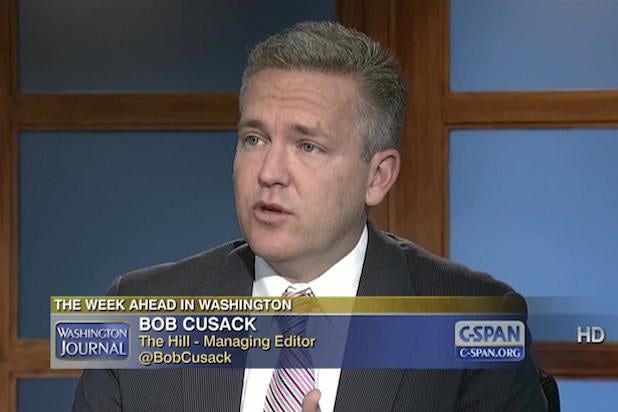 Marking a new era for one of Washington D.C.’s more popular political newspapers, Bob Cusack has been named Editor-in-Chief of “The Hill.”

“For more than a decade, Bob has played a leading role in keeping ‘The Hill’ at the forefront of Washington coverage and he has been a key player in our expansion,” James Finkelstein, Chairman of Capitol Hill Publishing, said in a statement. “Bob’s talent as an editor and encyclopedic knowledge of politics will drive our continued growth, making this the most dynamic and essential news brand for policymakers and those who follow and influence politics.”

Cusack led everyday operations at “The Hill” as Managing Editor since 2004, and was the Business and Lobbying Editor in the years prior.  Between regular appearances on major news networks such as Fox, MSNBC and CNN. Cusack also won five awards from the National Press Club.

“As ‘The Hill’ stands at an exciting and transformative time, my mission is to continue to raise the bar by driving hard-hitting political reporting and delivering relevant analysis on the issues which shape public life,” Cusack said

Former Editor-in-Chief Hugo Gurdon will leave “The Hill” after 11 years to take the position of Editorial Director at the “Washington Examiner.”