If you missed “The King’s Man”, Matthew Vaughn’s World War I-era prequel to the popular spy franchise, in theaters then you’re about to get your second chance. The film will debut on Hulu and HBO Max on Feb. 18, the streaming services announced on Tuesday.

In international markets, “The King’s Man” will debut on Disney+ under the Star or Star+ brands, rolling out on Feb. 9 in the UK & Ireland, Japan and Korea; Feb. 23 in Germany, Switzerland, Austria, Italy, Spain, Norway, Sweden, Finland, Denmark, Netherlands, Portugal, Belgium, Australia, New Zealand, Taiwan, Singapore, Hong Kong and Luxembourg; and on Star+ on March 2 in Latin America.

“The King’s Man” stars Ralph Fiennes as Orlando, the Duke of Oxford, who begrudgingly starts the private spy organization after suffering a personal tragedy during World War I. The movie combines the irreverence of the previous films with an alternate history flavor, and characteristically bombastic action set pieces from Vaughn (including a fight sequence involving Rasputin). The film co-stars Gemma Arterton, Rhys Ifans, Matthew Goode, Tom Hollander, Harris Dickinson and Djimon Hounsou. The film was released on Dec. 22 exclusively in theaters last year and was immediately overshadowed by “Spider-Man: No Way Home.” 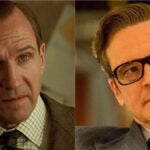 Also Read:
Matthew Vaughn on the Future of the ‘Kingsman’ Franchise: ‘Kingsman 3’ and More Historical Prequels

The debut of “The King’s Man” on Hulu and HBO Max less than two months after the film premiered in theaters reiterates Disney’s commitment to offering fresh content across its streaming platforms.

The shared streaming debut between Hulu and HBO Max is due to the original agreement that found 20th Century films debuting in their first pay window on HBO/HBO Max. An arrangement had been fortified towards the end of last year where the two streamers would share titles; hence “Ron’s Gone Wrong” playing on HBO Max and Disney+ simultaneously and “The Last Duel” hitting HBO Max exclusively in January.

Of course, if we’ve learned anything from the gentlemanly “Kingsman” franchise, it’s that manners maketh the man.