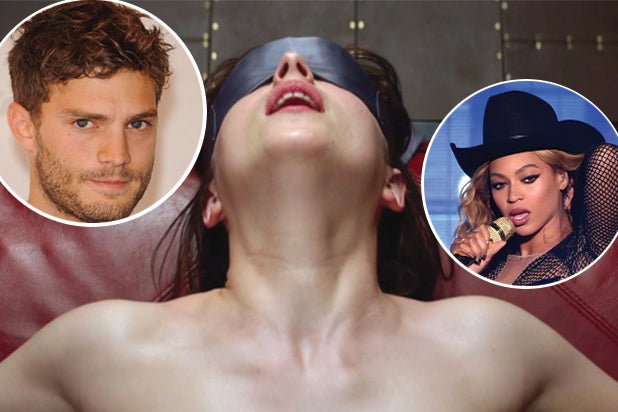 Movie trailers are an art unto themselves, but the creative minds who come together to create them are rarely given proper credit from fans or the media. As important as footage from a film is, the music in a trailer is equally key to its success. With that in mind, TheWrap presents the 10 best songs used in movie trailers so far this year, some of which feature explanations regarding the choices from those involved in the decision-making process.

Now, a few caveats before we get started. Movies like “Get On Up,” “Jersey Boys” and “Mistaken For Strangers” were disqualified from contention because they have access to the entire catalogues of James Brown, the Four Seasons and the National, so the challenge to find the perfect trailer song likely wasn’t as difficult with the artist pre-determined.

Furthermore, judging music is completely different than judging movies. Opinions about movies can be right or wrong (it’s true!) but opinions about music are even more subjective, as there’s a wider ranger of musical tastes. So keep in mind that it can be extremely tricky when judging a song in a trailer, since you must take into account the song’s length, context and how it compliments the footage it’s playing over.

See video: Watch the 10 Most Popular Trailers on YouTube

Finally, this list doesn’t take into musical scores, but if it did, composer John Samuel Hanson’s “Unashamed” from Angelina Jolie‘s “Unbroken” would make the cut thanks to its epic, soaring sound that tugs at the heartstrings.

Without further ado, get your iTunes Store account ready and listen to the Top 10 Songs Used in Trailers This Year.

Universal, Focus and director Sam Taylor-Johnson needed a sexy song to pair with its sexy movie based on E.L. James’ worldwide phenomenon and the trio scored with this red-hot remix from Queen Bey. From the gentle piano at the beginning to the steady beat of a drum, there’s a mystery to the song’s identity at first, but by the end, Beyonce has earned her top billing in the trailer. The swoon around the 1-minute mark is epic, as is the moment when her voice soars as Christian takes Ana in his plane. Whoever enticed Beyonce to moan lightly at the end of this fairly classy trailer deserves a bonus.

Also read: 15 Times the ‘Fifty Shades of Grey’ Trailer Made You Shift in Your Seat

“Nightcrawler” has a darkness to it. The trailer emits a sense that we’re going on a journey of transformation. There are layers to the song, which has an epic feel that somehow befits Dan Gilroy’s indie movie, which stars Jake Gyllenhaal as a crime scene photographer. It would’ve been real easy to overlook the music in this trailer but TheWrap prides itself on finding the diamonds in the rough — and this song is a jagged gem. But don’t take our word for it…

“As a film, ‘Nightcrawler’ is bold, off-centered and unique. The tricky part was finding a trailer song with similar attributes. Working closely with the ‘Nightcrawler’ filmmakers, we took that direction to Buddha Jones’ music supervisor Pete Hasty. He brought us several options and we all chose ‘Faith in Love’ from CSS. Everyone agrees that it captures the free-wheeling, brash intensity of the movie and it’s also a great anthem for Jake’s character, Louis Bloom. On top of that, we love the driving energy that it infuses in the trailer,” said Jason Cassidy, president of marketing at Open Road.

While we prefer the second trailer for David Fincher’s “Gone Girl” with its “this man could kill me” motif, there’s no denying that, when paired with the world’s first look at Fincher’s haunting visuals for “Gone Girl,” this was a brilliant song choice. We weren’t very familiar with the original song or Butler’s band the Psychedelic Furs, but this song perfectly captured the tragic feeling of what it seems the movie will encompass.

“Starred Up” may be the smallest movie on this list but its trailer still packs one hell of a punch. That’s fitting for a prison movie that features no shortage of violence. Jack O’Connell (“Unbroken”) stars as a troubled young inmate who meets his father (Ben Mendelsohn) behind bars. The trailer was produced at Empire Design, which enlisted music supervisor Vamanos Music, whose Will Quiney explained the song choice to TheWrap.

“When I saw ‘Starred Up’ I was blown away, not just by David Mackenzie’s brilliant filmmaking but the emotional intensity portrayed by Jack O’Connell. I drew parallels with some of my favourite recent prison films like Jacques Audiard’s ‘Un prophète’ and Steve McQueen‘s ‘Hunger’ and I really wanted the trailer to deliver a similar impact. Initially, I looked into some sound design ideas as well as some old a capella prison songs from the 1930s, but it all felt too expected. Then I remembered a great Canadian band called Suuns I’d seen at SXSW in 2013. They have this amazing restrained violent intensity in their music which I thought suited the film perfectly. Their track, ‘Pie IX’, has a relentless driving bassline which allowed the editor to cut and build the sequence to a kind of discordant claustrophobic noise as we see Eric’s emotional unravelling in the prison.”

This funky fresh jam enters the “Kill the Messenger” trailer shortly after the one-minute mark, and its lyrics help fuel the paranoia of the storyline. Jeremy Renner plays a journalist who gets caught up in a conspiracy and begins to suspect he’s being followed as Kid Cudi sings “I’m your big brother” and refers to both “the final solution” and a “revolution.” Ominous yet sunny, the song is a web of contradictions that works well with Michael Cuesta’s drug-themed thriller.

7. BRICK MANSIONS – “Stand By Me” by Ki:Theory
April 25 via Relativity Media

“Stand By Me” is a classic tune that was reimagined in a clever way for this trailer. The song is about loyalty and not being afraid, and it emphasizes the idea that these two unlikely partners are going to need each other if they’re going to survive this dangerous mission.

According to one studio insider, the first trailer for “Brick Mansions” emphasized the action in the film and that it would be a fun ride. The second trailer was positioned as more serious and focused on Paul Walker‘s character seeking revenge for his father’s death to make him more heroic, rather than an action guy. Since the first trailer was action-oriented, it used an upbeat song. The second trailer, however, needed a different track to match the change in story tone. The idea was to find an old song that had been remade so it was more contemporary. “Stand By Me” was chosen for the cool vibe and emotional punch it gave off. The familiar lyrics emphasized the bond between the characters played by Walker and David Belle, who won’t be afraid whenever they’re in trouble so long as they stand together.

8. GUARDIANS OF THE GALAXY – “Spirit In the Sky” by Norman Greenbaum
Aug. 1 via Disney and Marvel

To be honest, “Guardians of the Galaxy” deserves its own special award since it could be on this list a few times. One Twitter user suggested “Cherrybomb,” while several staffers argued that “Hooked on a Feeling” was really the anthem of the movie. But in the end, it was Norman Greenbaum’s classic “Spirit in the Sky” from Trailer No. 2 that left the biggest impressions on us thanks to its its distinct, easily recognizable opening hook.

Leave it to director Matthew Vaughn to employ The Doors to sell this action-packed spy movie starring Colin Firth and newcomer Taron Egerton. As soon as Jim Morrison warbles “Five to one, baby. One in five. No one here gets out alive, now” shortly after the one-minute mark, you know you’re in good hands. It communicates the idea that the young protagonist is an outsider who’s going to get ganged up on and will have to learn how to defend himself with more than street smarts if he hopes to survive.

10. THE GUEST – “Avarice” by Throwing Snow
Sept. 17 via Picturehouse

Adam Wingard and Simon Barrett have demonstrated a good ear for memorable music in the past and while “The Guest” doesn’t really rely on music that much in its teaser trailer, that hook at the end had to be killer and it was. It’s only about three seconds of music but if you hear it again, trust us, you’ll know exactly where it came from. Picturehouse founder Bob Berney explained the choice.

“A company in London called Empire did several versions [of the trailer] and one of those they sent featured “Avarice.” We loved the way the riffs pull you into it immediately and the way the song builds with the action [in the trailer]. It was one of the easier pieces we’ve done. Everyone just really got it. It was one of those magic things where it was the perfect blend between the song and the film,” said Berney.