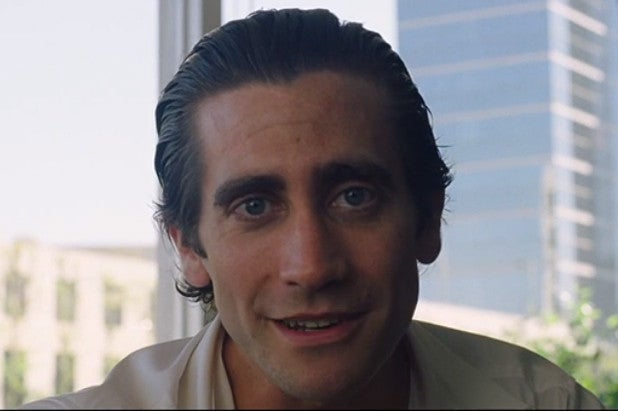 The first video of Jake Gyllenhaal as his “Nightcrawler” character surfaced on the Internet Saturday in a bizarre place: Craigslist. Or perhaps not a bizarre place at all and simply the kickoff of a clever viral marketing campaign.

A representative for Open Road has not yet returned TheWrap’s request for comment.

In the clip, Gyllenhaal’s character — an aggressive freelance crime journalist — is searching for employment while philosophizing on the current climate for present day job seekers.

“Excuse me sir, I’m looking for a job. In fact, I’ve made up my mind to find a career that I can learn and grow into. Who am I? I’m a hard worker, I set high goals and I’ve been told I’m persistent,” Gyllenhaal’s character says in the video. “Now I’m not fooling myself, sir, having been raised with the self-esteem movement so popular in schools, I used to expect my needs to be considered.  But I know that today’s work culture no longer caters to the job loyalty that could be promised to earlier generations.”

Also read: Jake Gyllenhaal Exits ‘Into the Woods’ as ‘Nightcrawler’ Gets Greenlight (Exclusive)

The Craigslist ad (below), posted by Gyllenhaal’s character Louis Bloom, is headlined: “Hard Worker Seeking Employment.”  The advertisement reads, “no job too big or too small. I have my own car and phone. Persistent, punctual, polite and hardworking,” echoing some of the video’s sentiments.  However, no line in the ad or video more catchy than his character’s concluding motto, “If you want to win the lottery, you have to make the money to buy a ticket!”

Open Road Films scooped up the domestic distribution rights to “Nightcrawler” during the Cannes Film Festival this past May. The film co-stars Rene Russo, Bill Paxton and Riz Ahmed.

“Nightcrawler,” which marks the directorial debut of “The Bourne Legacy” co-writer Dan Gilroy, is being produced by Gyllenhaal, Tony Gilroy and Jennifer Fox, as well as Michel Litvak and David Lancaster of Bold Films, which is financing. The edgy thriller was shot in just five weeks last October.

Dan Gilroy wrote “Nightcrawler,” which finds Gyllenhaal playing a small-time Los Angeles criminal who gets a little too swept up in the nocturnal world of the city’s crime journalism community.

“Nightcrawler” is due out in theaters Oct. 17.