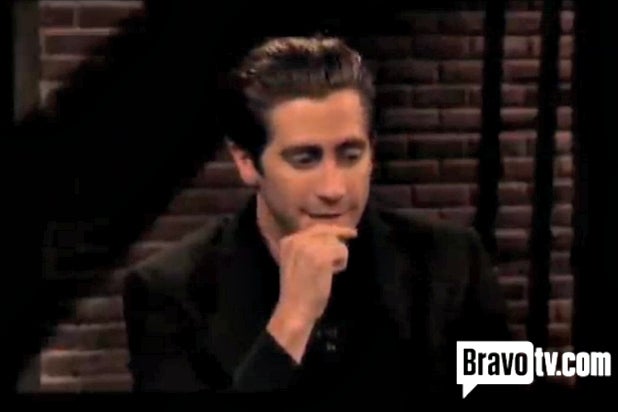 Jake Gyllenhaal discusses his real-life friendship and on-screen affair with “Brokeback Mountain” co-star Heath Ledger during “Inside the Actor’s Studio.”

“Heath and I knew each other for years before [Brokeback] because we had both auditioned for ‘Moulin Rouge’ together,” Gyllenhaal explains to host James Lipton.

“It’s a good movie,” he defended to the snickering acting students.

“I just remember [Ledger] saying, ‘Ah yeah, f— the past,” Gyllenhaal reminisced, as he laughed through memories of the late actor, who he called “super lovable.”

Apparently, “Brokeback Mountain” was so convincing that some people think Gyllenhaal is gay. He addressed that topic on “Inside the Actor’s Studio” as well, saying, “It’s a huge compliment,” but that he was indeed straight.

Gyllenhaal however didn’t leave his turn-ons quite so vague. When asked by Lipton, he answered, “tits and ass.”

The episode airs Thursday at 8 p.m.