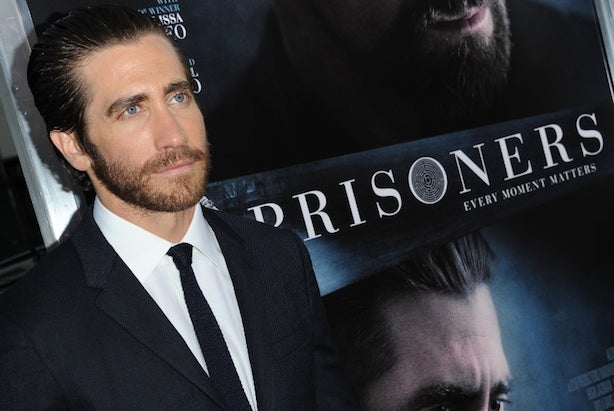 Fresh off an acclaimed performance in the thriller “Prisoners,” Jake Gyllenhaal is in talks to star in the boxing drama “Southpaw,” which Antoine Fuqua (“Training Day”) is directing for the Weinstein Company, multiple individuals familiar with the project have told TheWrap.

Eminem was once attached to star in the movie, which serves as proof that Hollywood can’t keep a good project down.

A fighter of a film, “Southpaw” was originally bought by DreamWorks as a pitch from “Sons of Anarchy” creator Kurt Sutter, who also wrote the script. When DreamWorks tapped out, MGM swooped in planning to distribute through Sony, though the film was eventually put into turnaround, which is where the Weinstein Company rescued it.

If the deal gets signed, Gyllenhaal will play a left-handed prizefighter who wins a title but suffers a tragedy soon after and must put his life back together to earn the respect of his young daughter.

While the film is set against the backdrop of the boxing ring, Fuqua previously told the Los Angeles Times that “the heart of the movie is about a man learning to be a father.”

It’s fitting then that the father-and-son team of Alan and Peter Riche are producing via their Riche Productions banner along with Harvey Weinstein. The Riches recently signed a first-look deal at Warners, where the company is producing “Tarzan.”

“Southpaw” is expected to start production next year.

Also Read: Jake Gyllenhaal Exits ‘Into the Woods’ as ‘Nightcrawler’ Gets Greenlight (Exclusive)

Gyllenhaal is coming off back-to-back critical hits in “End of Watch” and “Prisoners,” the latter of which could land him in the supporting actor race this awards season.

Fuqua recently scored a hit with the action movie “Olympus Has Fallen” and is wrapping the Denzel Washington movie “The Equalizer” for Sony and Escape Artists.

Gyllenhaal, who previously earned an Oscar nomination for “Brokeback Mountain,” will play dual roles in Denis Villeneuve’s “Enemy,” which A24 acquired out of Toronto. He’s attached to star in Baltasar Kormakur’s “Everest” and is currently filming Dan Gilroy’s directorial debut “Nightcrawler,” an indie crime drama that Gyllenhaal is producing with Tony Gilroy.