As a former federal prosecutor, “The View” host Sunny Hostin is feeling pretty optimistic that former president Donald Trump will be found guilty if the Department of Justice presses criminal charges against him. According to Hostin, they only prosecute matters with a level amount of certainty.

Hostin’s thoughts came as the panel discussed whether the Jan. 6 hearings have provided enough clear evidence to charge the twice-impeached former president criminally, and win. As guest host Lindsey Granger noted, the win needs to be pretty well assured, or the DOJ runs the risk of inflaming Trump and his base more. 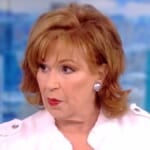 Also Read:
‘The View’ Host Joy Behar Says ‘World Is on a Suicide Mission': ‘Between the Guns And the Climate, We’re in Trouble’ (Video)

“I do think that it needs to be an ironclad case,” Granger said. “You and I talked about this before, like, prosecuting President Trump for the charges that are being discussed like seditious conspiracy, obstructing official press proceeding, conspiracy to defraud the country – these are all real things. But is it ironclad? Because if you take that shot and miss, if you take that shot and Trump is like Neo in ‘The Matrix’ and you miss, he’s gonna have all his allegiant followers telling them that he’s the one just like Neo in ‘The Matrix.’ And you’re gonna have this result that you don’t want.”

Hostin was pretty confident, though, touting the abilities of federal prosecutors – including herself.

“I think what’s really interesting, that a lot of people don’t know, [is] the Department of Justice has almost a 97% conviction rate,” Hostin explained. “Because the federal prosecutors – I’m not tooting my own horn – are the best of the best in the country. And so they rarely take a shot that misses. So he’s not going to be Neo.”

Moderator Whoopi Goldberg added her confidence as well, saying that because the testimonies that the committee has been hearing have been coming firsthand from people who were present in the White House before, during and after Jan. 6, they’re a bit harder to dispute.

“And that’s why that little sizzle that you hear – that’s people in the frying pan. They went from the heat into the fire,” Goldberg said.

You can watch the full discussion on “The View” in the video above. 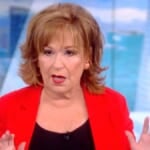