“The Voice” creator John de Mol responded to a series of serious allegations of sexual misconduct and abuse against two of the celebrity judges of “The Voice of Holland,” the original Dutch version of the popular singing competition format. The Dutch broadcaster RTL has pulled the show.

Along with the two judges — Marco Borsato and Ali B. — the report detailed claims against bandleader Jeroen Rietbergen, who is also de Mol’s brother-in-law.

“I am quite upset,” de Mol said during an interview that aired Thursday on the Dutch news magazine “Boos.” 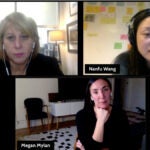 “I absolutely feel responsible,” he continued. “That doesn’t mean that I saw things and tried to cover them up, or condoned things that should not have been condoned. This discussion is about one thing: People have been hurt. There are victims and their interests should come first.”

De Mol said he was only aware of one complaint — against Rietbergen — during his time as the show’s executive producer from 2010-2019. He said he “yelled at him for 30 minutes, I had to restrain myself not to punch him in the face.”

ITV Studios, which produces “The Voice” worldwide, has immediately launched an investigation into the accusations.

Here’s the company’s statement in full:

ITV Studios was shocked and dismayed to hear of the experiences of contestants on ‘The Voice of Holland’ detailed in the BNN/Vara programme Boos released today.

Our utmost priority is to provide a safe and supportive environment for everyone who takes part in or works on our shows and there is zero tolerance at ITV Studios for the type of behaviour highlighted in the show.

After ITV Studios received notice from Boos of this behaviour last week we moved quickly to launch an external investigation to fully understand what happened.

A number of preliminary interviews into allegations of inappropriate behaviour have taken place this week and the Van Doorne team have already been in contact with those who have come forward through the confidential reporting process.

On a pre-recorded show like The Voice of Holland, it is standard to have a confidentiality clause which is designed to prevent the results being revealed to viewers before the episode has aired.  We would like to reassure all former contributors that their contract does not prevent them from coming forward.

RTL, the Dutch broadcaster that had been airing the series, asked Dutch prosecutors to look into the accusations themselves.

“What we have heard and seen in the past week is truly horrific. Not only must no stone be left unturned, but all parties involved must also actively identify which concrete measures can be taken to prevent future wrongdoings,” said Sven Sauvé, CEO RTL Nederland. This week RTL requested the Public Prosecutions Department to actively investigate the reported abuses. In addition, the producer of The Voice (ITV) has commissioned an external investigation. RTL has urged ITV to conduct such investigation with the utmost care and independence.”