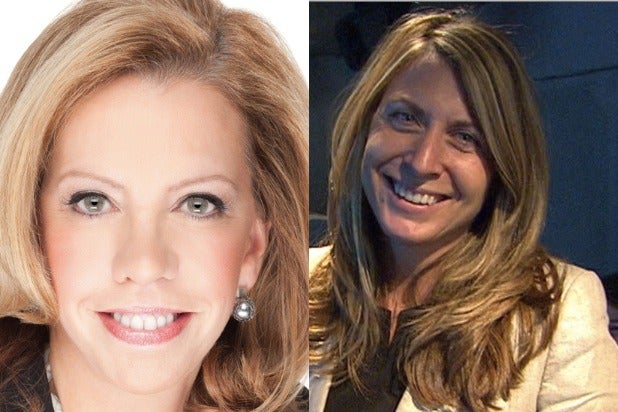 The halls of NBC News were busy Wednesday, as executives and talent were on the defensive after bombshell reports revealed fired “Today” General Manager Jamie Horowitz was ousted for an all-out offensive to overhaul the entire “Today” show cast.

As TheWrap reported, in just 78 days on the job, Horowitz crafted a plan to fire co-hosts Savannah Guthrie, Natalie Morales and Willie Geist. In fact, reports from Us Weekly Wednesday said the latter two had already been given pink slips, a report NBC News vigorously denied hours later.  Insiders told TheWrap Morales has been in talks with other networks, including CNN, while we confirmed Geist was not hired by CBS, as Us Weekly reported.

But the media mayhem doesn’t stop there. Multiple insiders familiar with the behind-the-scenes happenings at NBC News told TheWrap that staffers have soured on President Deborah Turness, not buying into her day-to-day decisions or management style.  A large swath of “Today” staffers have also grown hazy on what’s fact vs. fiction surrounding their own show, as increasing media reports suggest imminent departures for hosts like Natalie Morales.

People within the company wonder why more fingers aren’t being pointed Fili-Krushel’s way as during her over two-year tenure, “Today” has failed to take back its throne as the top morning show from “Good Morning America”; “Meet the Press” plunged to third place among the Sunday shows amidst months of ugly media fodder surrounding then-moderator David Gregory’s imminent ousting, and “Nightly News” with Brian Williams has fallen to number two in the advertising-coveted 25-54 demo behind ABC’s “World News Tonight” with David Muir.

Also read: Inside MSNBC's Evolution: How Phil Griffin Is Tinkering With Network

Fili-Krushel’s other networks have also lost ground. MSNBC has slipped to third place in the cable news pack behind CNN, falling to third in all measurements for the third quarter of this year and CNBC hit a 20-year-low in the coveted 25-54 demo during the third quarter last year. For business day so far this year (9:30am-5pmET), the network is down 15 percent in viewers and 10 percent in the 25-54 demo compared to its final 2013 ratings.  As of November, 2014, the network’s highest-rated program is re-runs of the hit show “Shark Tank”; a show that originally airs on ABC.

On the MSNBC end, it should be noted it beat CNN in primetime total viewers for the most recent month of October. Even with that victory, it had its lowest primetime in total viewers since 2007 and its lowest rated month in the primetime demo since 2005.  As TheWrap has reported, in response to ratings woes, MSNBC has developed a new strategy of bolstering its reporting over wall-to-wall punditry.

For CNBC, one bright spot has been “The Profit,” an original reality primetime series where Marcus Lemonis picks struggling small businesses to invest in. In two seasons, the show has provided strong ratings for the network: it’s the network’s most watched original series in its history among the 25-54 demo and the 18-49 demo.  Season two this year (on for six weeks so far) is up 19 percent in the 25-54 demo and 27% in the 18-49 demo.

Other insiders familiar with NBC higher ups’ thinking paint a different picture–Fili-Krushel’s job is safe due to her strong relationship with NBCUniversal CEO Steve Burke, and Fili-Krushel is also doubling down on Deborah Turness, believing in her vision and subscribing to the philosophy that she needs more than her current 15-months on the job to turn NBC News around.

“He and I have come to the conclusion that this is not the right fit,” Turness said as part of a statement issued Monday. In the days that unfolded, TheWrap learned just how wrong the fit really was. Insiders within the company told us of a chaotic two-and-a-half month reign for Horowitz, with some comparing it to the reality show “Survivor,” where during lunch meetings, Horowitz would ask producers who they think are the weak links on the show that need to go.

Talent and staff animosity toward Horowitz reached Turness’ desk, who reportedly was having her own issues with the former ESPN executive she hired to revive “Today” to number one. The boiling point came Monday, when Turness fired him.

In response to our reporting on doubts within the company about Turness, a senior NBC News executive told TheWrap:

UPDATE: Natalie Morales and Willie Geist addressed the rumors of their firing Thursday morning on “Today,” first joking about it, then thanking fans for overwhelming support. Geist also called the Us Weekly report “totally erroneous and out of the sky.”