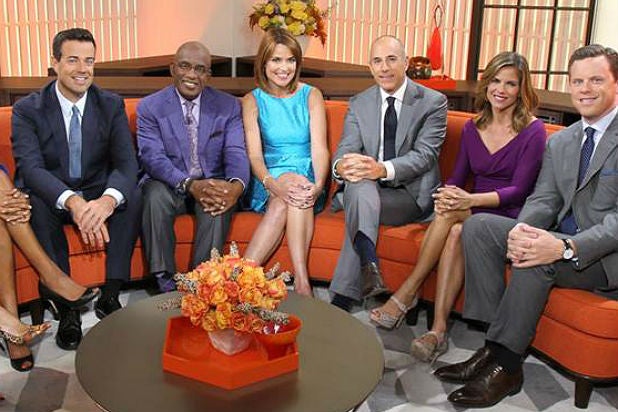 NBC News’ “Today” show is morphing from a morning show to a reality show based on explosive new reports about the firing of SVP and General Manager of “Today” Jamie Horowitz.

Insiders familiar with the behind-the-scenes drama at “Today” told TheWrap that Horowitz–hired to oversee “Today” and take back the ratings thrown from “Good Morning America” had “bold” and “good” ideas, but approached his plan with guns blazing,  proposing to fire most of the “Today” anchor team, including Savannah Guthrie, Natalie Morales, and Willie Geist. His overzealousness led anchors to complain to Turness, eventually leading to Horowitz’s dismissal.

We’re also told NBCUniversal News Group Chairman Pat Fili-Krushel and NBC News President Deborah Turness “moved heaven and earth” to snag Horowitz from ABC, but the honeymoon was short, as Turness and Horowitz started butting heads on talent and strategy early on in his tenure; a tenure that officially lasted 78 days.

US Weekly is reporting the latter two–Morales and Geist–have been fired, with Morales currently in talks with ABC and Geist already lining up a gig at CBS. An insider told TheWrap the duo were not actually terminated and are still with NBC, but ousting them was a key part of Horowitz’s plan.

A CBS spokesperson told TheWrap that reports about Geist joining the network are simply not true.  An individual familiar with Morales’ talks told TheWrap her agent has been in discussions around the media industry with multiple networks, with one of the main ones being CNN. Morales and CNN President Jeff Zucker have a good relationship dating back to Zucker’s days at NBC News. Representatives for both CNN and ABC have not yet responded to inquiries about Morales.

The report also suggests Horowitz–who shared a cubicle with Josh Elliott back in their early days at ESPN–was pushing for him to replace Morales as the show’s newsreader. An insider told TheWrap Horowitz’s grander vision was Elliott eventually replacing Matt Lauer, who re-signed his contract soon after Elliott joined NBC News.

Horowitz’s quickie divorce with NBC is shocking on many levels. First off, as CNN Brian Stelter noted, Horowitz’s defection from ABC was very rare, as ABC and NBC are very competitive, and it’s rare for an executive to defect from one to the other. Stelter also points out Horowitz will be paid out for the remainder of his three year contract; reportedly a couple million dollars.

“NBC’s TODAY has the best anchor team in morning television. The entire TODAY show anchor team — Matt Lauer, Savannah Guthrie, Al Roker, Natalie Morales, Willie Geist, Carson Daly, Tamron Hall, Kathie Lee Gifford and Hoda Kotb — are incredibly talented, valued and have our support. In response to the false rumors that have been circulated about our anchor team, NBC wants to be absolutely clear: The rumors are wrong — period. This is the team we are committed to. And this is the team that our viewers turn to in the morning.”