Count fashion designer Tom Ford among those who left a screening of “House of Gucci” wondering, “Was it a farce or a gripping tale of greed?”

Ford, who began working at Gucci in 1990 and was the creative director of the house from 1994 to 2004, said he “survived a screening of the two-hour-and-37-minute film that is ‘House of Gucci'” but left “not quite sure what it is exactly” that he saw.

“Somehow I felt as though I had lived through a hurricane when I left the theater,” Ford wrote in a review for Airmail News. “Was it a farce or a gripping tale of greed? I often laughed out loud, but was I supposed to?” Ford added. 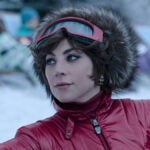 Also Read:
‘House of Gucci’ Fact vs. Fiction: What the Film Got Right and What It Fudged

Ford prefaced his thoughts about Ridley Scott’s biopic, saying he might be a tad biased because he knew “Maurizio Gucci well and worked with him for four of the years that are covered in this film. He was murdered on the morning of March 27, 1995, just steps away from my office in Milan.”

Although Ford is complimentary about Adam Driver’s performance as Maurizio Gucci, he doesn’t seem to be a fan of Al Pacino and Jared Leto’s performances.

“At times, when Al Pacino, as Aldo Gucci, and Jared Leto, as Aldo’s son Paolo Gucci, were on-screen, I was not completely sure that I wasn’t watching a ‘Saturday Night Live’ version of the tale” Ford wrote. “Both performers are given license to be absolute hams—and not of the prosciutto variety,” Ford added.

But when it comes to Lady Gaga, Ford gushed.

Ultimately, the movie didn’t sit well with Ford, who “was deeply sad for several days after watching ‘House of Gucci,’ a reaction that I think only those of us who knew the players and the play will feel.”

“It was hard for me to see the humor and camp in something that was so bloody,” Ford added. “In real life, none of it was camp. It was at times absurd, but ultimately it was tragic.”