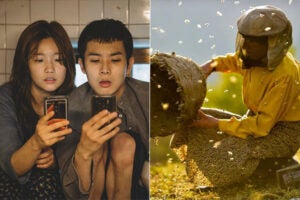 “Treadstone” has had the largest percentage growth among television’s Top 600 primetime series thus far this season, thanks to DVR viewing

Don’t tread on “Treadstone.” The USA Network thriller series based on the Jason Bourne film franchise has experienced the largest delayed-viewing lift of any TV series this season.

According to Nielsen’s Live + Same Day ratings, the 10 episodes of “Treadstone” Season 1, which concluded last month, have averaged a modest 501,000 total viewers. But with 72 hours of (mostly) DVR viewing factored in, that number jumps to a much better 1.337 million, a whopping +167% lift. That is the largest percentage growth among television’s Top 600 primetime series thus far this season, which started on Sept. 23, 2019. We currently have Live + 3 Day data through Jan. 12, 2020.

Just behind Tim Kring’s “Treadstone” in the three-day-viewing-lift rankings is FXX’s “Always Sunny in Philadelphia” (+148%), then truTV’s “Adam Ruins Everything” (+147%). FX dramas “American Horror Story” and “Mayans M.C.” round out the Top 5, both with +131% lifts in the Live + 3 Day viewership metric.

That’s the whole club: 11 out of 600 shows, or fewer than 2% of TV series fully double their first-day audiences over the next three. (Sorry, “Teen Mom,” your +99% jump just doesn’t quite make the cut.)

Now, the natural question here: Is all of this a good thing? Well, “Treadstone” is the 508th ranked series on TV in Live + Same Day viewership. With the benefit of three days of delayed viewing, the series soars to No. 226, making it USA Network’s second-most watched series after WWE’s “Monday Night Raw.” (Which means “Treadstone” is USA’s most-watched scripted series after three days of delayed viewing. One could even make the argument that “Raw” is sports programming, which would would make “Treadstone” the network’s most-watched entertainment series.)

“Treadstone’s” “live” performance places it behind USA’s WWE wrestling shows “Raw” (No. 107) and “NXT,” as well as unscripted series on the cable channel such as “Chrisley Knows Best” (No. 319) and “Temptation Island” (No. 472). In terms of scripted original USA shows, “Treadstone” only sits behind “The Purge” (No. 486), but some syndicated series like “Modern Family” and “Law & Order: SVU” often muddy those rankings, as do USA’s movie airings.

So yes, “Treadstone” looks a lot better even among its own internal competition after a few days pass. That particular metric allows for some level of “supremacy” from the Bourne offshoot, set amid the films’ black-ops program Operation Treadstone. The rest is in the eye of the beholder, and in this case, the beholder is USA, who declined an opportunity to participate in this story.

“Treadstone” has yet to be renewed for a Season 2 or canceled. The TV spinoff, whose cast includes stars Michelle Forbes, Patrick Fugit and Jeremy Irvine, explores both the origins of the infamous covert program as well as present-day recruits from around the world who turn into nearly superhuman assassins using a secret behavior-modification protocol.