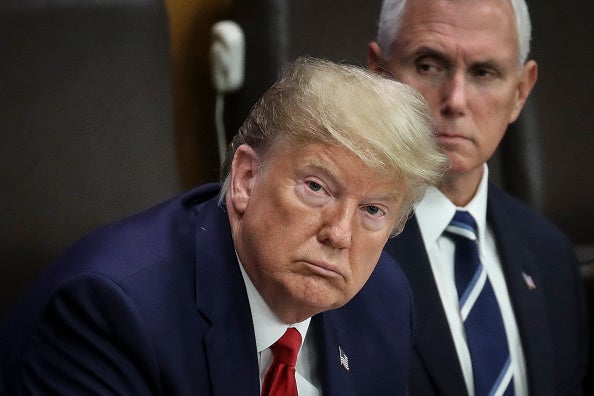 During a speech at Brown University on Monday, New York Times publisher A.G. Sulzberger told a story about an Egypt-based Times reporter nearly getting arrested in August 2017.

President Trump’s administration’s intended to “sit on the information” rather than intervening, Sulzberger said.

Here is what Sulzberger said about the incident and its precedent in full:

Two years ago, we got a call from a United States government official warning us of the imminent arrest of a New York Times reporter based in Egypt named Declan Walsh. Though the news was alarming, the call was actually fairly standard. Over the years, we’ve received countless such warnings from American diplomats, military leaders and national security officials.

But this particular call took a surprising and distressing turn. We learned the official was passing along this warning without the knowledge or permission of the Trump administration. Rather than trying to stop the Egyptian government or assist the reporter, the official believed, the Trump administration intended to sit on the information and let the arrest be carried out. The official feared being punished for even alerting us to the danger.

Walsh, who is currently the Cairo bureau chief for the Times, was not arrested, according to Sulzberger, who lamented that the Times was “unable to count on our own government to prevent the arrest or help free Declan if he were imprisoned.” Instead, diplomats from Walsh’s home country of Ireland were able to escort him to an airport.

“Unable to count on our own government to prevent the arrest or help free Declan if he were imprisoned,” he said.

A representative for the White House did not immediately return a request for comment.

On Twitter, Walsh reacted to Sulzberger telling the story publicly for the first time and subsequently publishing his remarks as an article. Walsh wrote, “The incident occurred in August 2017 after @NYTmag published my story about Giulio Regeni, an Italian student found dead in Cairo. Italy accuses Egypt of involvement, and Egypt denies. It’s a sensitive issue.”

“I don’t know what would have happened if I hadn’t received that timely warning. Possibly nothing, and possibly a major problem. The workings of Egypt’s security apparatus are notoriously opaque under Mr. el-Sisi, even to Egypt experts,” he added. “Lastly, I owe a belated thanks an Irish diplomat who rushed to help in a tight spot. He was cool, swift and fearless. And to someone in Washington who took a risk to reach out.”