Four months after getting kicked off Twitter and Facebook, former President Donald Trump on Tuesday launched his own online platform dubbed “From the Desk of Donald J. Trump.” But the catch is, the platform is strictly for Trump to share his musings — there isn’t a way for followers to chime in.

You can check out the new platform — which is essentially a short-form blog — by heading to www.DonaldJTrump.com/desk.

“In a time of silence and lies, a new beacon of freedom arises,” says a 30-second video atop the site’s page. “A place to speak freely and safely.” 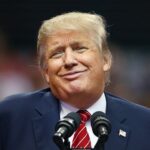 Unlike on Twitter and Facebook, though, Trump’s fans and critics won’t be able to respond to his messages.

“This is just a one-way communication,” a source told Fox News. “This system allows Trump to communicate with his followers.”

Trump’s site includes a few Twitter-esque comments, including one aimed at Mitt Romney, who Trump calls a “stone cold loser.” And interestingly, visitors are able to re-share Trump’s messages on Facebook and Twitter by clicking icons underneath his comments. 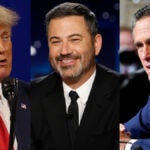 Trump has been absent from social media since early January, when he was kicked off Twitter, Facebook and Instagram after some of his supporters stormed the U.S. Capitol. Twitter said Trump was permanently banned from its platform, citing “the risk of further incitement of violence.” Whether Trump can return to Facebook (and Instagram) will be determined on Wednesday morning, when Facebook’s Oversight Board offers its ruling on the company’s indefinite ban. Check TheWrap.com around 6:15 a.m. PT on Wednesday for an update.