Former President Donald Trump said he would help CNN if the network “ever went conservative” in a Truth Social post Sunday.

“If ‘low ratings’ CNN ever went conservative, they would be an absolute gold mine, and I would help them to do so!” Trump wrote on Truth Social Sunday, weighing in on the network’s centrist move and abrupt exit of John Harwood on Friday and fueling #BoycottCNN to trend on Twitter.

The former president commented on CNN after blasting Fox News for “really pushing the Democrats and the Democrat agenda,” noting that it “gets worse every single day.” 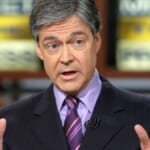 “So many Dems interviewed with only softball questions, then Republican counterparts get creamed,” Trump wrote, before going on to slam Karl Rove, Fox News Contributor and Wall Street Journal Columnist, who Trump calls “unwatchable, very negative, and on all the time.”

Last week, Rove noted that Trump was not allowed to take classified documents from the White House to his Mar-a-Lago in an interview with Fox News.

“Let’s be clear on this; none of these government documents are his to have taken,” Rove said. “I agree with the deputy director who said that a lot of the former president’s problems are of his own creation. Under the Presidential Records Act of 1978, you cannot take original documents out of the White House with you when you leave the White House whether you’re the President of the United States or any of his aides.”

As Fox News aired Rove’s interview slamming Trump, the former president found a solution to what he sees as CNN’s “low ratings”: a conservative CNN to compete with his once-favorite network.