On the Tuesday evening broadcast of the Fox News show, the host was laying into a Bloomberg op-ed with advice for low-income Americans on how to deal with inflation. Then, as a pivot point, Carlson introduced: “Well, there are still geniuses in this country, and some of them post anonymously on Twitter … Here’s what one said.” 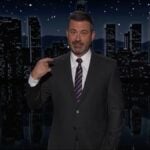 The tweet itself was right on target for Carlson’s audience:

But Tucker (and his staff) might have thought better of featuring that particular tweet, had they taken a deeper look into the account that sent it. It came from @BLCKD_COM_PlLLD, an “anonymous sh–poster” (account owner’s own words), who thought the whole thing was doggone funny.

“What makes this all a million times funnier is how many critical tweets i have of tucker lmao,” the account tweeted in response.

“Class Redux Killa” wasn’t done having fun with the newfound fame, using its avatar to imagine what it would be like to actually be on the show:

We’ll leave it to you to put together how “BLCKD_COM_PILLD” is connected to pornography … but let’s just say that the account confirmed as much.