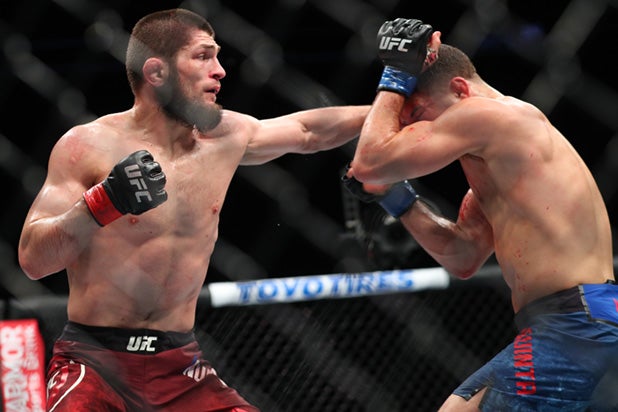 Mixed martial arts league the Ultimate Fighting Championship (UFC) is eyeing a possible split of its TV rights between Fox Sports and ESPN, a person with knowledge of the potential deal told TheWrap.

Such a multi-network agreement could value the UFC television rights at nearly $400 million — especially if another carveout is made for a third partner. Discussions with other platforms are still ongoing, we’re told.

Fox currently holds the UFC rights, though Dana White & Co. want a significant sum of money for renewal, which is why other outlets like ESPN and Amazon even got to bid in the first place. Faced with losing the marquee combat sport from its channel line-up, Fox also entered conversations with WWE to poach the pro-wrestling company’s TV rights from USA Network.

In business negotiations — like in grappling — leverage is key.

Should this proposed approach work out for all three, Fox will lose a lot of UFC programming but still maintain the lion’s share. As such, Fox Sports would incur a larger bill than ESPN, being on the hook for about $200 million or so. ESPN is willing to chip in between $120-$180 million for a significant number of live fights.

Live sports rights have never been as important for both Fox and ESPN. Since 21st Century Fox is selling off a ton of assets to Disney, “New Fox” will be sports-centric. For ESPN, its cord-cutting struggles have been widely documented, and the once mighty Worldwide Leader in Sports seems to be losing live event rights as swiftly as it sheds subscribers.

UFC events would be extremely valuable to ESPN as it attempts to grow its $5/month OTT service ESPN+, which, in addition to a library of ESPN content, aims to draw in cord-cutters by offering “thousands” of extra live sporting events that are not currently available on cable channels.

Variety first reported the news of a proposal to split the UFC rights between Fox and ESPN. An ESPN spokesperson told TheWrap Variety’s story was “erroneous,” though would not elaborate on which aspects.