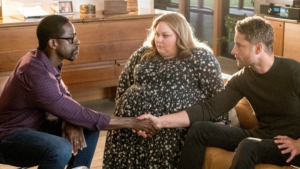 Two sisters from Kyiv were lucky to land in L.A. But despite their experience as film industry professionals, nobody will hire them

On February 21, Yuliia Chumak and Alona Ksenofontova, two sisters living in Kyiv — both professionals in the Ukrainian film industry, one a production coordinator, the other a hair and makeup artist — decided to take a trip to Barcelona to celebrate Alona’s 34th birthday. They arrived in warm, sunny Spain and spent a few idyllic days shopping and touring the city sights, having a blast, snapping photos to send back to their parents and friends.

On the evening of the 23rd, they shut off their phones, chatted a bit about dressing up for Alona’s birthday on the 24th, then went to bed.

The next morning, when they switched their phones on again, they figured the flood of messages that had poured in while they slept were birthday congratulations.

That day, Vladimir Putin’s Russian Army invaded Ukraine, sending tanks and troops across the northern border with Belarus, hurling artillery into Kyiv and other cities, killing Ukrainian soldiers and civilians, all while the two sisters, stranded in Spain, watched from abroad, heartsick as their family emailed and texted them from the center of the storm.

“I’m sorry, I’m going to cry,” Chumak, 38, said as she recounted the story from a private home in Los Angeles’ Mid-Wilshire district, where the sisters ultimately found refuge after eventually making their way to the United States thanks to a program called Ukraine Take Shelter. “The worst phrase we saw among the messages was from mom. It said, ‘The war has started.’”

Chumak and Ksenofontova obviously have much to be grateful for, as do many other Ukrainian refugees who’ve landed on American shores with help from U.S. and international organizations, many of which have enjoyed the highly conspicuous support of Hollywood celebrities. Mila Kunis and Ashton Kutcher, model Gigi Hadad, Leonardo DiCaprio and The Weeknd — all have made gestures of solidarity with Ukraine through donations, fundraisers and onstage tributes.

But the hard truth is skilled Ukrainian film workers like these two sisters are not exactly being welcomed with open arms by Hollywood in the way that matters most. Whether because of government red tape or lack of organization — or just apathy — nobody in Hollywood has been willing to give either of them meaningful work.

“Within a month of arrival, they were told that the only job they would get in America was walking dogs and picking up poop,” said Gene Del Vecchio, an adjunct professor of marketing at USC’s Marshall School of Business and a volunteer with the Ukraine Take Shelter program who helped the sisters settle in L.A. “We can do better. The entertainment community can do better.”

Some artistic communities in other countries are doing better. Soon after Russia invaded Ukraine, Europe stepped up to help refugee entertainment professionals. A residency for Ukrainian ballet dancers was set up in Paris. Classical record producer Michael Fine spearheaded an effort to find displaced Ukrainian musicians orchestral work in Belgium, Holland and Germany. Both the Polish Producers Alliance and Polish Filmmakers Association have been reaching out to find jobs, accommodations and residencies for Ukrainian refugee filmmakers, and similar efforts are being made in Germany, Slovakia, Romania, Great Britain and Tokyo.

In Hollywood, though, the effort seems to be mostly focused on procuring blue and gold ribbons, or at least it was just before the Oscars. “They were engaged with us pretty heavily during award season, but after that, nothing,” says Laryssa Reifel, president of the Ukrainian Culture Center Los Angeles, who reports that her organization received numerous calls from stars’ representatives asking for ribbons in support of Ukraine for their clients to pin on their gowns and tuxedos while walking on red carpets. “We delivered 1,000 ribbons that people could wear. I don’t know if anybody ended up wearing them, but we delivered them.”

Raising consciousnesses at awards shows isn’t nothing, but it’s not what refugees like Chumak and Ksenofontova most need right now. Their journey to Los Angeles was long, hard and perilous. Finding themselves stranded in Spain with just a long-weekend’s worth of clothes in their backpacks and only €200 to their name, they scrambled to find lodging, spending a month in a seedy flop house in Barcelona, where they shared their beds with an extended family of mice. 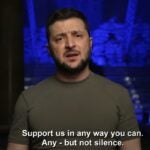 When they finally made it to the U.S. through a puzzle of personal connections, they flew first to Mexico and entered California through the Southern border. And while they have found temporary residence here — Ukraine Take Shelter volunteers Abbe Rowlins, a Pilates instructor and actor, and David Haverty offered them rooms in their Mid-Wilshire home — they haven’t been able to find any meaningful work.

Chumak said the only offers they’ve received so far, beyond dog walking, are for jobs taking care of children and the elderly.

Still, they consider themselves lucky to be here, joking about starting a Go Fund Me page with a name that sounds like a bad Hollywood sitcom — “Two Girls From Ukraine.” And on the day of TheWrap’s visit, a volunteer from the Buy Nothing Project, a neighborhood trading site, stopped by to drop off some donated clothing for the sisters. “I’m half-Ukrainian,” the volunteer noted.

“People help us,” Chumak said. “But we are so stressed. Each time I read about Mariupol or Bucha or Karkiv, it feels like this bombing was my house.” 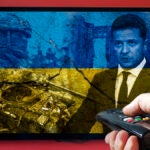