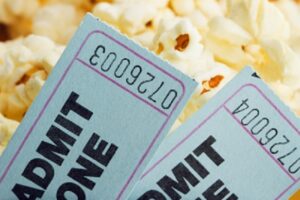 ”The cancellation is a big hit for the talent,“ Kevin Herrera, CEO of management firm TheMachine, says

VidCon, the global event that gathers online video stars and their fans, could cost Anaheim at least $60 million — and millions more for content creators and affiliated businesses — if it’s not rescheduled.

Viacom earlier this week announced the cancellation of the video industry conference due to the coronavirus pandemic, but VidCon General Manager Jim Louderback said in a statement that the conference is aiming to reschedule in the fall and will provide more details around June 15.

“In a normal year, the show’s broadest measure of economic impact is $60 million,” said Mike Lyster, chief communications officer for the city of Anaheim, which hosts the annual gathering at the Anaheim Convention Center. “We certainly respect VidCon’s decision, which was taken out of an abundance of caution and some uncertainty from where we are today.”

Lyster added that the direct loss to the city or the convention center has yet to be accounted for, but said that surrounding venues like restaurants and hotels will definitely feel the blow, as some have shuttered temporarily as a result of the pandemic.

“The lease of a show of this size is about $450,000,” Lyster said, noting that those funds might not be lost entirely if VidCon reschedules.

Around 75,000 people attended VidCon last year, and its representative told TheWrap that “all tickets and pre-ordered merchandise that have been purchased for the June 17-20 event will be refunded in full by April 15. This will include all fees for previously canceled tickets.”

“We are working hard to bring you a VidCon U.S. experience this fall, and will keep you posted as those details come together,” Louderback said. “Don’t worry; it will still be an amazing event that you won’t want to miss.”

For creators, VidCon allows them a chance to sell merchandise in-person and gain more followers — which is valuable on sites like YouTube, which selects channels and videos to monetize with ad content based on their followers and view counts. The more viewers you have, the more cash you stand to make.

Fans are also able to meet some of their favorite online celebrities at the conference, and such social events are rare in an increasingly disparate — and global — online video ecosystem.

“As the largest community-driven convention for YouTubers, their fans will definitely feel a sense of loss given all of the rare in-person opportunities like meet-and-greets, panels, and exclusive merchandise,” Doron Nir, chief executive of StreamElements, said.

Broadcasting on YouTube is often a pretty solitary gig, and the rare instance of an in-person event or meet-and-greet are often hotly anticipated.

“Being a content creator can be a lonely game, and the togetherness these big events bring, the feeling of inclusivity is a positive one,” Kevin Herrera, chief executive of Beverly Hills-based talent management and marketing firm TheMachine, said. “The cancellation is a big hit for the talent. Our clients that are content creators enjoy being together with others working in the same field.”

“Business-wise, VidCon is the event that we advise those learning about the entertainment and advertising ecosystem to attend,” Herrera said. “Going to VidCon for those who have not attended before is always eye opening, attending is definitely a crash course.”

A flurry of ad buying usually takes place at the convention, and industry professionals looking to do that are now forced to postpone their plans or make their deals virtually.

“Content creators are seen as a huge driver of purchasing decisions, so an influencer-driven event like VidCon is perfect for those who want to strengthen their knowledge of the space, such as attending industry-geared panels,” Nir said.

As top creators (and would-be VidCon attendees) like YouTubers Gigi Gorgeous, Hannah Hart and Joey Graceffa continue to expand their followings, advertisers don’t want to miss out on the opportunity to partner with them on marketing deals.

While some creators just do ad breaks before or during videos, others go the slightly more discreet route and engage in the timeless tactic of “branded integration,” where the creators use or plug a product or service in their videos. It’s not a new tactic, but it’s well-suited to YouTube, especially as product reveal and “unboxing” videos become more popular.

Industry experts agree that next to ticket sales, the biggest loss will be felt in the merchandise department. Content creators and brands that are able to quickly transition to conducting their sales online will likely stand to benefit.

Nir said that StreamElements released tools last month to help content creators on major platforms including YouTube to open their own virtual storefronts — and according to Nir, the number of merch stores is rapidly growing “by the thousands.”

Universal Earn $3 Billion at Global Box Office in Calendar Year, the 1st Studio Since 2019 to Hit That Mark