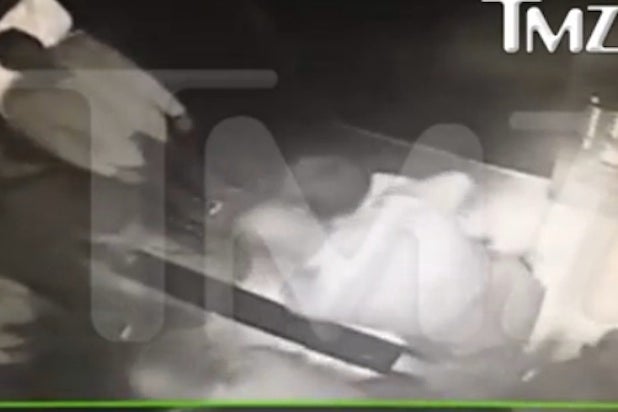 Jay Z can add Solange Knowles to his list of 99 problems.

Beyonce’s sister is seen hitting and kicking the hip-hop star inside an elevator at the Standard Hotel during a Met Gala after-party in New York City.

The incident was captured on surveillance video obtained by TMZ.

A large man is seen trying to restrain Solange, who is flailing wildly and kicking at Jay-Z, while Beyonce looks on.