You won’t need to be in downtown Los Angeles to see “The Wheeler Boys” when it premieres at the Los Angeles Film Festival on June 25.

Film Independent and Netflix announced on Friday that the drama from first-time director Philip G. Flores will be available for free streaming on Netflix at the same time as its festival screening, which will take place on Friday, June 25 at 8 p.m. Pacific.

“The Wheeler Boys” will be available free of charge for 48 hours, and can be viewed by Netflix members and non-members alike. Members with unlimited plans can also view the film on their TV monitors if they have a consumer device compatible with Netflix streaming. 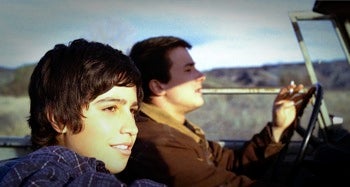 Flores is the winner of the “Netflix FIND Your Voice” competition, which awarded the USC graduate a $150,000 production grant from Netflix and an array of equipment and post-production services from Kodak, Deluxe and EFILM.

His film was developed through Film Independent’s Screenwriters Lab and Producers Lab.

The press release announcing the LAFF/Netflix deal describes the film this way: “’The Wheeler Boys’ tells the story of Ted, a high school freshman who reluctantly engages in a contest based on the sexual conquest of female classmates. Things go horribly awry when Ted’s first love becomes another tally on the contest’s growing scoreboard.”