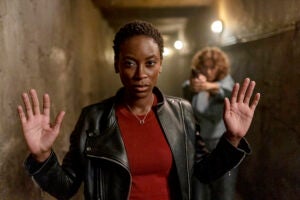 Sundance 2020: I often wonder how it’s possible that Latinos remain so invisible even when we are the largest ethnic group in the nation

A year ago at the Sundance Film Festival, a group of Latinx industry execs kept asking each other the same question: Where are the Latinos?

With only a few movies at the festival by U.S.-born Latinos and the lack of our voices represented in the stories being told, we realized how little progress we’ve made in Hollywood. We vented our frustration on panels and on social media, but by the end of the festival, it was clear that we had to do more than just complain if we really wanted to help our community move forward.

A year later, LA Collab was born: In partnership with Los Angeles Mayor Eric Garcetti, we launched a collective impact effort with the support of more than 60 allies and partners to double by 2030 the representation of Latinos in Hollywood, both in front and behind the camera.

We can’t do this alone. Meaningful progress will only come if our non-Latino friends and allies in the industry partner and work together to help us meet this long overdue goal.  Most were surprised to learn that for the past dozen years, Latino representation in film averaged only 3%, when data has shown we are about 25% of the box office and almost 20% of the U.S. population.

This is a crisis, and Hollywood has pledged to show up for us.

I often wonder how it’s possible that Latinos continue to remain so invisible even when we are the largest ethnic group in the nation, as well as one of the fastest growing, and are such a significant driver of economic growth and consumer spending in America.

In my heart, I know that no one in Hollywood wakes up asking themselves, “How do we lower Latino representation today?“ But sadly, our numbers have been declining every single year. The silver lining? The bar is so low, we have nowhere to go but up.

It’s baffling that Eva Longoria will be the first-ever U.S.-born Latina in history to direct a major motion picture, “Flamin’ Hot,” a biopic of the entrepreneurial journey of Richard Montanez, inventor of Spicy Flamin’ Hot Cheetos. Patricia Riggen — who directed “Under the Same Moon,” “The 33” and “Miracles From Heaven” — is the only foreign-born Latina to have directed a major Hollywood movie. 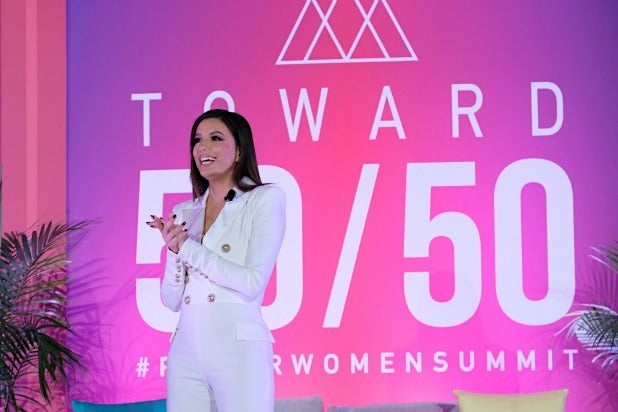 Latino representation in television is just as dismal. Latino showrunners average only 1% in Hollywood, according to a new study by the Latino Donor Collaborative. Who gets to tell our stories matters because too often when our stories are told by someone who doesn’t understand the nuances of what it means to be Latino, we usually end up playing the same stereotypes over and over again.

It seems lost among Hollywood executives that today Latinas, along with African American women, are launching and growing their companies at a higher rate than anyone else in America. However, they are also the ones who get the least amount of funding to start or grow their companies.

Hollywood plays a role in this disparity: Having Latinas more often represented as successful businesswomen in TV and film would go a long way in addressing the unconscious bias of investors, whose networks may not include ambitious Latina entrepreneurs.

Latinos are not in positions of power in Hollywood to be able to greenlight our own authentic stories and take chances on new talent and voices. There are currently zero Latinos heading up any of the major English-language networks, studios or streaming platforms. That’s why I have high hopes for Ozzie Areu and his new Areu Bros. Studios, which was specifically created to super-serve English-dominant U.S. Latino creators and audiences. 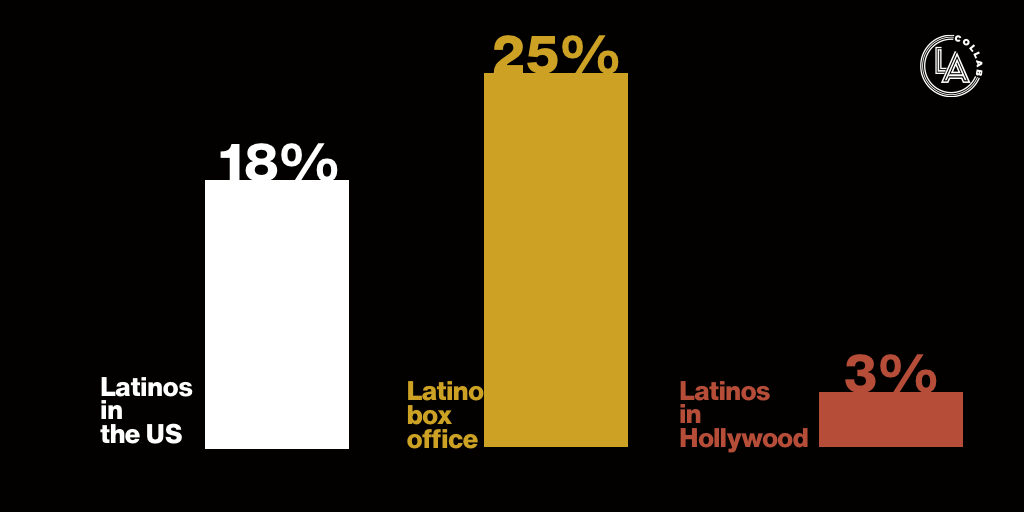 Another handicap we have as a community is that many of us have been raised to believe that being good Americans means always being grateful for whatever we are given. So the message we ultimately end up sending Hollywood is that we will show up and over-index in buying tickets and streaming movies even if we are not onscreen, even if our stories are not told, or even worse — even if we are negatively portrayed. What the gatekeepers, therefore, conclude:  “If it’s not broken, don’t fix it.”

It might not be broken today, but this has a deep psychological impact on our children, who grow up feeling not fully belonging, as Hollywood does not validate their presence as important enough to be included. Consider that today one out of every two children born in California and New York are Latino — and one out of every four in the rest of the country, according to the U.S. Census Bureau.

The Latino Gen-Alpha generation (10 years old and younger) in our country are the new mainstream majority, and we need this generation to thrive in every way, as our economic future will depend on them.

We are encouraged with Hollywood’s response to partner with our community in LA Collab, as the initiative has been embraced by not only some of the most prominent names in Hollywood and our own advocacy community leaders, but also from thousands of everyday people wanting to contribute pro bono with their time, their mentorship, partnerships, funding or industry connections.

In Hollywood, and in life, access is everything. Even when talent might be distributed equally, we know opportunities are not. So when it comes to diversity, equity and inclusion this should not fall on the shoulders of the under-represented, but on all of us — especially the privileged ones who can open doors and give access.

This week, Sundance 2020 kicks off with six films from U.S.-born Latinos (3 of them playing in the competition), as well as the launch of the first ever Latinx House, a place to build community and a sense of belonging at the festival. I am happy, grateful and optimistic for the positive change we can make for Hollywood and for America, together.

What a difference a year makes.

To join our growing number of supporters and partners go to LACollab.org and learn more about how together we can be part of the solution.

Beatriz Acevedo is a leading voice in the entertainment industry and Latina entrepreneur in the United States. Beatriz became a tech media entrepreneur as the founder and President of mitú, the leading digital media brand for young Latinos. She is an advisor on Los Angeles Mayor Eric Garcetti’s tech council, as well as on USC Annenberg’s foundation tech initiative, Pledge LA. She also co-founded La Collab to connect Latinx talent, executives and creators to opportunities in the entertainment industry. Beatriz is currently the President of her family’s Mexico-based foundation “Fundación Acevedo.”