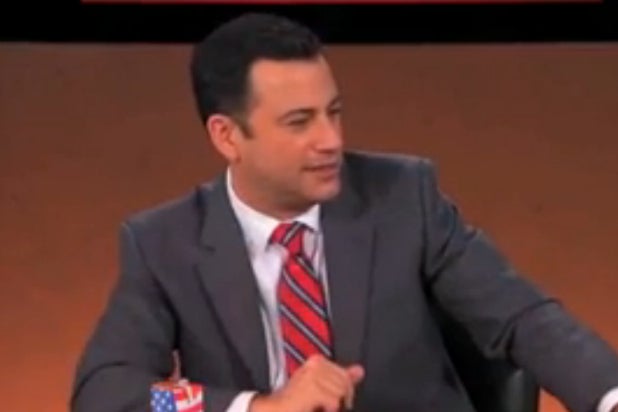 The White House has weighed in on a petition calling for the government to crack down on “Jimmy Kimmel Live,” a television talk show that sparked a furor in China in October with a joke about killing Chinese people to avoid paying down U.S. debt to the country.

More than 105,000 people signed on to a White House petition calling for an apology after the show, broadcast on ABC, included a segment where Kimmel asked a group of children how the United States should pay back the $1.3 trillion it owes to China, the world’s second-largest economy.

A 6-year-old said, “Kill everyone in China.” Kimmel replied: “That’s an interesting idea.”

Afterwards, Chinese-American groups protested outside the California headquarters of ABC, which is owned by Walt Disney Co, and the Chinese Foreign Ministry complained. ABC and Kimmel apologized for the segment.

See video: Jimmy Kimmel Gets Kids to Resolve the Shutdown

The White House, which accepts petitions and responds to the most popular ones, noted that ABC and Kimmel have “already apologized independently” and said that the comments “do not reflect mainstream views of China in the United States.”

“As the president has stated publicly, the United States welcomes the continuing peaceful rise of China,” the White House said in its official response to the petition.

However, the White House also noted that the U.S. Constitution protects free speech and that the federal government cannot force ABC to “cut the show” as the petition had requested.

“It may be upsetting when people say things we might personally disagree with, but the principle of protected free speech is an important part of who we are as a nation,” the White House said.