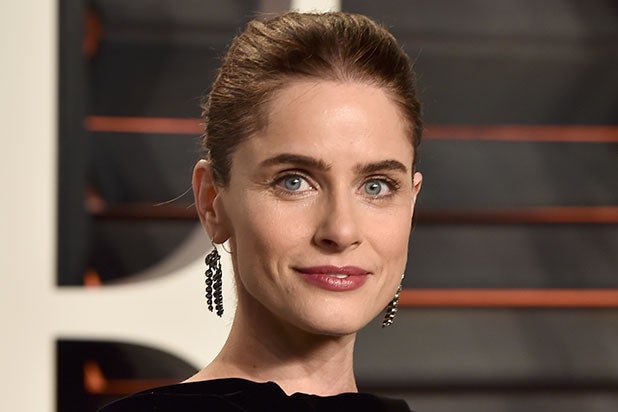 “Togetherness” star Amanda Peet admits that she cares about her looks being an actress in Hollywood, but would never get botox because she’s “scared” of it.

“I’m afraid one visit to a cosmetic dermatologist would be my gateway drug,” she wrote in Lena Dunham‘s Lenny newsletter. “I’d go in for a tiny, circumscribed lift and come out looking like a blowfish. Or someone whose face is permanently pressed up against a glass window. Or like I’m standing in the jet stream of a 747. What’s the point of doing it if everyone can tell? I want the thing that makes me look younger, not the thing that makes me look like I did the thing.”

In the letter, she revealed that her daughters are quickly learning that Peet’s “employability is based on looks,” while her sister, who is a doctor, can embrace aging in her chosen field.

“I care about my looks,” wrote Peet. “How else can I explain my trainer, stylist and Barney’s card? I’ve bleached my teeth, dyed my hair, peeled and lasered my face, and tried a slew of age-defying creams. More than once, I’ve asked the director of photography on a show to soften my laugh lines. Nothing about this suggests I’m aging gracefully.”

And in the essay, Peet talked about aging in Hollywood, a topic that has been discussed by other actresses such as Meryl Streep, Sarah Silverman and Maggie Gyllenhaal, who told TheWrap last May that she was turned down for a role in a movie because she, at 37, was too old to play the love interest of a 55-year-old man.

“Since my show got canceled, I have plenty of time to talk about what it feels like to be bombarded with wrinkles and, at the exact same time, try to remain gainfully employed as an actress,” said Peet. “Or employed in any way, shape, or form as an actress.”

Like Gyllenhaal, Peet was turned down for a role because she wasn’t “current” enough.

“I’m constantly pushed out by younger talent, like Alicia Vikander,” she added. “You might think, ‘Wait, she’s 27 and a gorgeous movie star, and you’re 44 and a low-tier, TV-mom-type; you’re not in the same ballpark.’ But she is squeezing me out. She’s in the hot center and I’m on the remote perimeter. The train has left the station and I’m one of those moronic stragglers running alongside with her purse caught in the door. Everyone’s looking at me like, Let go, you bullheaded old hag! There’s no room for you.'”