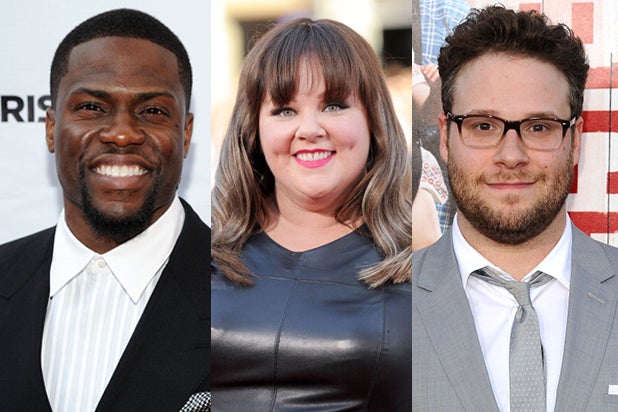 The cost of a laugh is declining in Hollywood.

Movie studios have been making comedies on the cheap this summer, a strategy that has paid off with hits like “Neighbors,” “Ride Along” and most recently “Tammy.” Each of those cost less than $30 million to produce and paid off. The first two more than quintupled their budget at the box office.

As for the third, “Tammy” did not win its opening weekend or receive strong reviews, but its $33 million haul over the July 4 holiday was more than enough for New Line, which produced the film for $20 million, to see its way to profit.

“Tammy” is in good company: Of the six comedies released by studios this summer, five of them cost less than $50 million to make. The one exception, “22 Jump Street,” is a sequel. It will also be the highest-grossing of them all.

Contrast this year with 2010, when eight of the year’s 10 highest-grossing comedies cost more than $50 million to produce. The average cost of those movies was $74.1 million. That number dropped to $51.2 million in 2011 and has not crossed $50 million since then. The average so far this year? A modest $33 million.

“In the past, the purse strings were looser so you could take more risk,” Chris Bender, the producer of “We’re the Millers” and “Horrible Bosses 2,” told TheWrap. “It was easier to make big deals for talent.”

Bender has been involved with many of the most successful comedy franchises of the past 15 years, co-producing “American Pie,” executive producing “The Hangover” and making “We’re the Millers” with New Line. New Line has a long history making comedies for bargain prices, releasing “Harold and Kumar Go to White Castle,” the original “Austin Powers” and “Horrible Bosses.”

See video: Jennifer Aniston Is Up for More Depravity in ‘Horrible Bosses 2’ Trailer

There was a time when those movies were the exception to the rule. Stars such as Jim Carrey, Adam Sandler and Vince Vaughn commanded $60 million to $80 million to make comedies such as “Yes Man,” “Click” and “Couples Retreat.”

What’s happened since then? The rise and fall of the DVD market, as well as the proliferation of quality programming on cable television.

The DVD market once buoyed comedies, transforming modest box office hits like “Old School” and “Anchorman” into cultural sensations. As the market for DVDs dried up, greater receipts from foreign territories helped offset the losses. Comedies tend to be a tough sell overseas.

“It’s harder to get comedies made,” Bender said. “Even if a comedy didn’t work internationally, there was a huge chunk of revenue that came from DVDs. Once DVDs went away, international became more important; foreign becomes essential.”

Sandler still got $80 million to make “Grown Ups 2,” but this summer’s “Blended” was his cheapest comedy in more than a decade at $40 million. Carrey reprised his role as Lloyd in “Dumb and Dumber To” for $35 million while “Horrible Bosses 2,” the sequel to a $210-million hit, was made for almost the same price. Both movies will open in November.

No comedy opening between now and then sports a massive budget either. Jason Segel and Cameron Diaz made “Sex Tape” for $42 million while Fox will release “Let’s Be Cops,” a cheap August comedy with nothing but upside.

Come fall, Sony will release “The Interview,” the Seth Rogen-James Franco North Korea spoof, while the Weinstein Co. will trot out “St Vincent,”  and Warner Bros. will release “This Is Where I Leave You,” starring Tina Fey and Jason Bateman. None of them cost $50 million.

Making comedies for less has an obvious benefit for studios — less risk — but it also empowers writers, directors and actors.

Take “Neighbors,” which director Nick Stoller made for $18 million. Producers Seth Rogen and Evan Goldberg struggled to get it made back when it was called “Townies” because of its raunchy subject matter and American story line (frat brothers are not always a hit overseas). Yet Rogen, Goldberg and Stoller stuck to their guns, and eventually made the movie they wanted.

“Our brand of hard-R comedy does not go well with a lot of studio influence,” Goldberg observed during the Produced By Conference in June.

Newer stars such as Rogen and Kevin Hart are happy to make their movies for peanuts.

“Our overarching philosophy is to find out the most money they will give us and go away,” James Weaver, Rogen’s producing partner at Point Grey Pictures, said during the same panel.

It worked out. “Neighbors” is the rare comedy that also makes money overseas. Though it took 61 percent of its grosses in the United States, it added $95.3 million in other territories for a worldwide total north of $240 million.

McCarthy took a pay cut to make “Tammy” in exchange for more creative freedom, as well as a cut of the back end. The better the movie does, the more she stands to make.

Hard-R comedies like “Neighbors” and “Tammy” help studios combat the rise of cable television. McCarthy can go further on a movie screen than she can on “Mike & Molly,” a sitcom in which she plays a sweet teacher turned author. The show airs on CBS, which means even the F-word is off limits.

“It’s to everyone on the creative side’s advantage,” Bender said. “For comedy to work, you have to be able to take chances; not be second guessed; and experiment. You need to push the envelope to make something stand out.”

That’s why you will see Segel and Diaz get naked in “Sex Tape” and Rose Byrne’s engorged breasts in “Neighbors.” Audiences aren’t complaining.