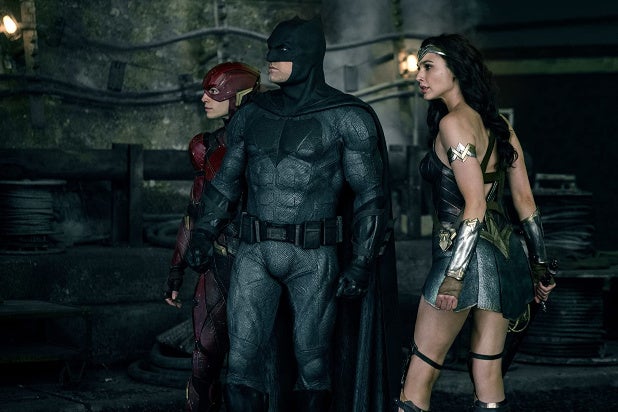 It’s legitimately shocking that, after all this time, Warner Bros. is actually going to release the Snyder Cut of “Justice League.” It’s one of those things that we all thought would never happen, and yet we will apparently all get to watch it on HBO Max next year. The fans are getting what they’ve been asking for since the film hit theaters back in 2017. Or are they?

But putting aside the possibility that Snyder’s original plans for “Justice League” might have been awful anyway — anything is possible! — there are so many things we don’t know about the “Snyder Cut.” Will it even really be the one fans have been clamoring for all these years?

The two things we do know for sure is that whatever form this takes will run on Warner Bros.’ upcoming streaming platform HBO Max in 2021, and that WB does not just have a completed print  of Snyder’s version of the movie sitting in a vault somewhere. If they did, we wouldn’t have to wait until next year to watch it. After all, HBO Max launches on May 27, less than a week from now — what better way to get a new streaming service started with a bang?

But since we’re going to have to wait until next year to see the thing, that means there is still work to be done. We just don’t know how much. And that is a huge uncertainty.

It’s important to remember the reason why the whole #ReleaseTheSnyderCut thing even happened, which just so happens to be the same reason the theatrical version of “Justice League” was so awful.

It feels like ancient history now, but Snyder’s original vision for “Justice League” actually had a slightly longer title, “Justice League Part One.” Announced in 2014, it was scheduled for 2017 with “Part Two” set to follow in 2019. Obviously “Part Two” never happened but it’s not clear when it was scrapped. “Part One” was quietly dropped from the title during filming in 2016, but Snyder was still talking about a sequel in October of that year, so it’s likely that the schedule probably changed after what came next.

Snyder abruptly left the film in May 2017, several months into post production, after his daughter died. On the same day it was announced that “Avengers” director Joss Whedon had been hired to ‘finish’ the movie. But Whedon had an impossible task, in several different ways.

Whedon didn’t just have to finish post production work on “Justice League” — his job was to rework it into a movie that didn’t have to set up a second part, and to do so while still hitting the November, 2017 release date. That included spending millions on additional scenes with actors who hilariously, clearly had already moved on to other roles, then combining that with repurposed Snyder footage.

Whedon essentially did half of a new movie in less than 5 months and the result is about what you’d expect. But mission accomplished. The story itself doesn’t look forward to a planned second film, adding instead a stinger for a DC villains teamup movie that has yet to materialize.

But Snyder’s version wouldn’t have been like that. It wasn’t going to stand entirely by itself. The villain Steppenwolf, for example, says “For Darkseid!” as he’s enacting his dastardly plan in the third act. It’s a bit that always felt like something they meant to remove, since it’s presumably teasing Darkseid’s greater involvement in Part 2. Or perhaps they left it in in case they decide to eventually circle back to Darkseid and tie it back to this.

So if HBO Max is going to share Snyder’s true vision for “Justice League,” then that would mean that they’re also sharing his true vision for the future of the DC Extended Universe. Which could be pretty unsatisfying since it’s not likely that vision will ever come to be. And it would also be potentially annoying for Warner Bros. #ReleaseTheSnyderCut could quickly make way for a call from that same set of fans to put Snyder back in charge of the DCEU.

But, again, I don’t know how this is gonna go, or what the movie is gonna look like. And you don’t know either. It’s just impossible for us to know at this point — maybe impossible for anyone to know — what form this HBO Max version of the “Snyder Cut” will take, because we don’t know how they’re going to go about it. Will Warner Bros bring in Ben Affleck, Gal Gadot, Jason Momoa, Ray Fisher, Ezra Miller, Amy Adams, Jeremy Irons, Diane Lane and JK Simmons for reshoots? Are they going to keep all the story beats setting up the “Justice League Part 2” movie that will never be made? Is this cut actually going to be molded in some way by the past four years of fan responses to the cut that was released in theaters? What sort of story and film making compromises are they going to have to make in finishing the movie like this years after the fact?

The details are so important here because we just don’t know if we’re going to get the Snyder Cut or just a Snyder Cut. The official announcement is light on specifics, and filled with empty and confusing quotes like this one from HBO Max boss Kevin Reilly: “When Zack and Debbie shared the extraordinary vision of where Zack wanted to take Justice League, my team and our counterparts at Warner Bros. took it as a mission to solve the many issues that stood in the way. Thanks to the partnership at Warner Bros. and the relentless pursuit of the entire WarnerMax team we are able to deliver this incredibly exciting moment for Zack, the fans and HBO Max.”

That’s exactly the type of empty, meaningless quote that you’ll find in pretty much every press release about anything. In a vacuum, that’s no big deal. But the problem is that the Snyder Cut announcement doesn’t have much in it beyond quotes like that that don’t give us any meaningful information about what we’re going to get with this thing.

THR posted a behind-the-scenes look at how this deal came together. But beyond confirmation that Darkseid will be involved in this cut in some way, it just reinforces the uncertainty surrounding this thing. One thing we do know, however, is that it’s gonna be hella long since they don’t have to worry about theater showtimes.

So will the “Justice League” Snyder cut please fans, or will it make them regret asking for it? Will it even be the thing they asked for? Hopefully, we’ll find out someday.