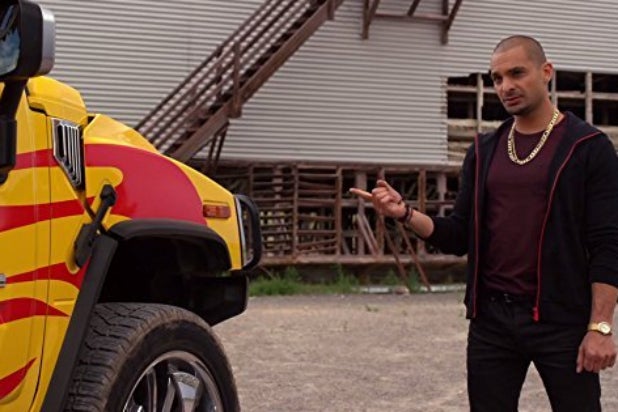 (Spoiler alert: Please do not read this story if you’ve not to watched Monday’s “Better Call Saul” episode, “Gloves Off.”)

Tonight, Nacho Varga tried to have his drug-dealing business partner Tuco Salamanca killed for a fee of $50,000 — but instead he settled for simply seeing his boss hauled off to jail instead, saving $25,000 in the process.

As we know, Tuco gets out of the clink in time for “Breaking Bad.” While we never see Nacho on that show, he does score a key mention, which readers can refresh themselves of here.

So what becomes of Varga? We asked actor Michael Mando if one should assume his “Better Call Saul” character is currently a dead man walking.

“Death isn’t the only option,” he told us. “There could be a lot of things that Nacho has done. At one point [in ‘Breaking Bad’], Jimmy McGill says that he knows two guys who would do something — one of them is Mike, and the other one has left to the other side of the Rockies.”

He’s not just saying that — Mando really doesn’t know. Show creators Vince Gilligan and Peter Gould don’t tell their actors anything episode-to-episode. Mando and Co. are learning as we all go along, more or less — though he got a great piece of advice and insight way back during the audition process.

“The most important thing that Vince Gilligan told me was in the screen testing,” Mando recalled. “He said to me, ‘Nacho’s the kind of guy who wouldn’t squash a bug with a sledgehammer.'”

Since then, Mando has formed his own opinion of the calculating criminal character, as well as the ones he’s been hanging out with.

“Jimmy, Mike and Nacho are in many ways the kids in the sandbox that no one’s playing with,” Mando explained.

In real life, the thoughtful thespian was doing a bunch of theater during the “Breaking Bad” days, missing much of the original show’s run. But he still has a pretty good and age-appropriate idea for bringing back Bryan Cranston for the prequel, something that TheWrap also asked Jonathan Banks last week.

Here’s how Mando would write in the appearance: “I sometimes ask myself, ‘Was Ignacio one of Walter White’s students?'”