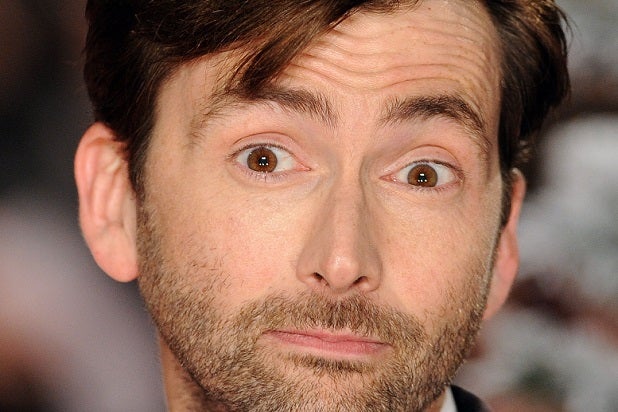 Adaptations always struggle with the question of how much to stay true to the original versus how much of an original voice they should strive for.

In the case of “Gracepoint,” Fox’s upcoming adaptation of the British series “Broadchurch,” David Tennant found himself trying to strike a particularly delicate balance. How do you play similar characters — in this case, “Broadchurch’s” Alec Hardy and “Gracepoint’s” Emmett Carver — and manage to make them unique?

The “Doctor Who” alum tackled his conundrum at the Television Critics Association panel for “Gracepoint” on Sunday, applying a touch of humor and a fair amount of deflection.

“They both look quite like me,” Tennant cracked, and “they have similar height.”

However, he added, “They feel different to me for all sorts of reasons … it’s such an unusual situation, it’s quite hard to remain entirely objective about it. It’s the same character, and yet it’s not it’s the same not different.

“It’s probably easier for objective observers to point out how they differ, but they feel very different to me,” Tennant concluded.

The new series as a whole faces the same challenge. While there are obvious differences — “Gracepoint” moves the murder mystery to California — executive producers Dan Rutterman and Carolyn Bernstein admitted that, at least in the first episode, “Gracepoint” clings pretty closely to its source material.

“We all talked about how to transplant the show to America and the first order of business was don’t screw up what works, because it was fantastic,” Rutterman acknowledged. “We didn’t want to break what was working.”

Nonetheless, Rutterman added, with a 10-episode run for “Gracepoint” as opposed to “Broadchurch,” the new offering has room to introduce new characters and new potential suspects, “so we start to veer from the storyline.”

“We did consider different starting places, different ideas for the first episode, and I think we kept coming back to the first episode of ‘Broadchurch,’ not shot for shot, but the way the story was told, was so well done. Why would we contort ourselves to figure out a different way to tell the story?” Bernstein noted, while adding, “As the series progresses, it really diverges from the original.”

As for why Tennant decided to sign on for an adaptation of an original that he’d already starred in, Tennant brushed aside a suggestion that he was contractually obligated to do so. For him, the actor said, it was the quality of the writing that drew him back to the subject matter.

“You can mess up a good script, but you can’t make a bad script much better,” Tennant posited. “I’m just happy to be where the good writing is.”