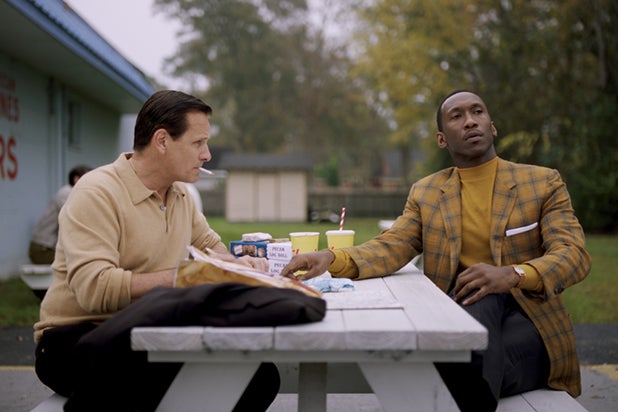 A lot of people were not happy that “Green Book” ended up the surprise Best Picture winner at the 2019 Oscars, and expressed themselves through a meme that imagined the film as a casual racist who doesn’t realize he’s racist.

Within moments of the win, “BlacKkKlansman” director Spike Lee tried to leave the Dolby theater in protest, (he later criticized the decision in a post-show interview), while Los Angeles Times film critic Justin Chang declared it to be “the worst best picture winner since ‘Crash.'” The Twitter meme had some users comparing “Green Book” to racist white people who think they’re open-minded and well-meaning.

It started with NBC reporter Alex Seitz-Wald, who joked that “Some of Green Book’s best friends are black movies.”

“Green Book says there are good people on both sides,” one user said.

And yep, there were plenty of jokes referencing Jordan Peel’s acclaimed horror-satire “Get Out.”

Long before its Oscars win, “Green Book” experienced a significant backlash. Some slammed it for making a white man the main character of a story drawn from black history. The family of Dr. Don Shirley, played in the film by Mahershala Ali in an Oscar-winning performance, called it a “symphony of lies.” And the filmmakers were criticized for not consulting Shirley’s family — though they insist they were following instructions from Shirley himself, who died in 2013.

Fans of the film found it to be an inspiring story of overcoming bigotry and stereotypes, and applauded the interaction between the leads.

See more of what viewers had to say on Twitter below:

Green Book says there are good people on both sides.

Green Book is going to stop trying to help if people keep being so unappreciative.

Green Book pulled itself up by its bootstraps and put in the work. Nobody ever gave Green Book anything.

Green Book wants folks to know that all movies matter.

And here are some of those “Get Out’ jokes:

Green Book would have voted for Obama for a third term if it could. pic.twitter.com/THSxLme1MX

Green Book would have voted for Obama a third time

Green Book thinks we live in a post racial society ????