A report detailing news media job losses indicated Thursday that newsrooms have cut 883 jobs this year, which is down 68% from the same time in 2020, when newsrooms cut 2,772.

According to Thursday’s new report from global outplacement and business and executive coaching firm Challenger, Gray & Christmas, Inc., this is a positive trend following the massive carnage brought to newsrooms by the coronavirus pandemic. 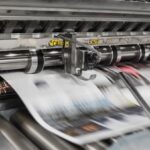 The grim numbers of 2020 came as multiple news organizations and TV news networks, including Fox News, ABC News, BuzzFeed, Vox Media, Vice Media, the New York Post, The Atlantic, Fortune magazine, the Tampa Bay Times and The New York Times, announced layoffs across their news and business divisions throughout the ongoing pandemic crisis. For many newsrooms — and particularly for local newspapers — advertising revenue had taken a big hit during lockdowns and the implementation of social distancing, which led the cancellations of major events, the closures of businesses and a precipitous drop in ad spending.

The optimistic trend is likely to continue as 2021 goes on: Though media job cuts continued to persist throughout 2020, May was the worst with 8,091 layoffs. September marked the first month since the start of the pandemic that layoffs in the media sector experienced a decline. In the coming months, expect to see even greater disparity between the 2020 and 2021 totals.