On Wednesday, some of the world’s biggest athletes and stars — host Steph Curry, Olympians including Allyson Felix and Chloe Kim, and NFL star like Tom Brady — will convene in Los Angeles’ Dolby Theatre to celebrate the way sports can bring people together.

The 2022 ESPY Awards, broadcast live on ABC beginning at 8 p.m. ET, serves as a “celebration of the inclusive nature of sports,” ESPN content executive editor-at-large Rob King told TheWrap in an exclusive interview to preview the show.

“I think those are going to be really powerful moments,” King said of the honorees’ ceremonies.

Regarding the show’s host, NBA champion Curry, King added, “Right off the bat, you’ll find that Steph — he’s got a great sense of humor, yes, but he’s also got a really great sense of humility. … I think people will get right away a sense that he is a perfect host choice for this year.” 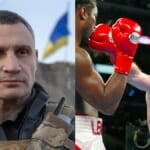 Since its inception in 1993, the ESPYs have helped raise awareness and funds for the V Foundation for Cancer Research founded by ESPN and the late basketball coach Jim Valvano. To date, the organization has raised $165 million for the foundation over the past 29 years.

“The show means a lot from the standpoint of ESPN’s ability to celebrate the greatest athletes and stories around sports in the past year, and we consider that a real important responsibility to take that moment of reflection and celebration and to share a little joy and share a little hope,” King said.

In the works for a week, with ongoing rehearsals up until the ceremony, King added that the Dolby Theatre has served as the perfect venue to showcase talent and achievements. The ESPYs have moved around several times throughout the years — last year, the event consisted of an “intimate show” at The Rooftop at Pier 17 in New York and previous locations have included L.A.’s Microsoft Theater and Las Vegas’ MGM Grand (in addition to the Dolby). 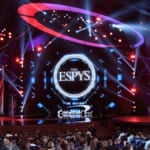 “It’s beautiful, it’s absolutely spectacular — looks fantastic on television,” King said. “The Dolby Theatre has been fantastic in accommodating our needs to make sure that our guests are all seated comfortably, that our audience can see things clearly, that it’s accessible to all athletes.”

Most importantly, the show will touch on pressing issues in the world of sports, including WNBA star Brittney Griner’s detention and arrest in Russia, where she currently faces up to 10 years in prison for pleading guilty to possessing cannabis vape cartridges that are banned in the country. The athlete has been detained since February and her trial has been adjourned until later this month.

“It’s actually going to be an important moment of reflection in the show,” King said of the tribute to Griner. “The show has always been a showcase for athletes to speak about anything they want, and Steph and representatives of Brittney Griner’s league, the WNBA, will have a moment in the show that will be an important reminder of the degree to which the athletes we cover are very present in serious and urgent matters and Brittney Griner’s arrest and detention has been top of mind.”

The ESPYs will also commemorate the 50th anniversary of the passage of Title IX, which prohibits sex-based discrimination in education or activities that receive Federal financial assistance. King described it as “one of a fairly profound number of moments in the show designed specifically to talk about the way in which sports unifies us and gives access to all of us.” 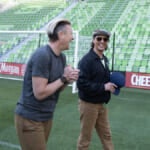