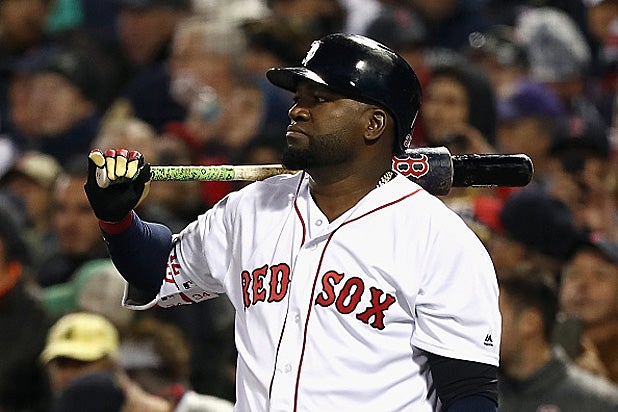 A second man has been arrested in the shooting of former Red Sox World Series champion David Ortiz, a spokeswoman for the Dominican national prosecutor’s office told CNN on Wednesday.

Investigators are treating the case as attempted murder and say it could have involved more people than just a gunman and a driver.

Ortiz, a.k.a. Big Papi, was shot on Sunday night while at a bar in Eastern part of Santo Domingo, the capital of the Dominican Republic, where the 43-year-old was born and raised.

The 10-time MLB All-Star suffered damage to multiple internal organs after being hit from behind by a single bullet, which exited through his abdomen. He underwent six hours of surgery at a local hospital where doctors had to remove his gallbladder and part of his intestines and colon.

Ortiz later had a second surgery at surgery at Massachusetts General Hospital in Boston. His wife, Tiffany Ortiz, said he was “stable, awake, and resting comfortably” on Tuesday morning in the intensive care unit, where he is “expected to remain for the next several days,” Boston.com reported.

Eddy Vladimir Feliz Garcia, who was arrested at the scene of the shooting, was charged as an accomplice to attempted murder on Tuesday, NBC News reported. Police say Feliz Garcia was beaten by several patrons at the Dial Bar and Lounge after the shooting. A statement from the Public Ministry of Santo Domingo East acquired by NBC News does not name Feliz Garcia as the suspected shooter.

Feliz Garcia and a second man arrived at the bar on a motorcycle Sunday night and opened fire on Ortiz and his friend, police said. When they tried to escape the bike fell on the pavement and the crowd attacked them.

Also Read: 6 Movies and TV Shows Inspired by Gangster Whitey Bulger, From 'The Departed' to 'The Blacklist' (Photos)

After growing up in Santo Domingo, Ortiz signed with the Seattle Mariners when he was 17 before making a name for himself with the Minnesota Twins. He joined the Boston Red Sox in 2003 and went on to win three World Series with the team before retiring in 2016.

Ortiz became a spokesperson for the resilience of Bostonians after the Boston Marathon bombing in April 2013 when he told the crowd at Fenway Park: “This is our f—ing city, and no one is going to dictate our freedom. Stay strong.”