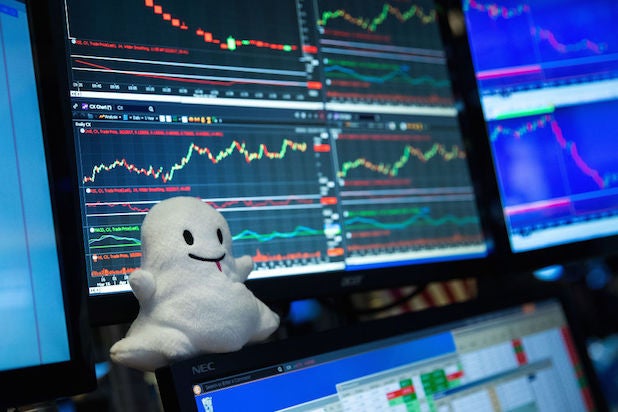 Evan Spiegel — CEO and co-founder of Snap, the parent company of popular disappearing messaging app Snapchat — is returning from his Fiji honeymoon as slightly less of a billionaire than when his trip began.

His company has had a rough week on the market, with shares of Snap down about 12 percent from earlier this week. The slide continued today, with Snap down more than 4 percent heading into the closing bell.

At about $18 a share, the company is barely hovering above its initial public offering of $17 back in March — a day where Snap’s stock jumped more than 40 percent to $24. For investors, that day feels like three decades ago, not three months ago.

For those wondering why the company has been hit hard this week, here are three reasons to keep in mind.

Several Wall Street analysts shared their outlook on Snap, and the comments haven’t been flattering.

In a note to clients, Citi analyst Mark May said Snap’s “pace of growth in monetization” hasn’t been “as fast as we had originally modeled.” May also cited more competition and “Android issues” Citi expects “user growth will remain modest near term.”

Compounding its media woes, Bloomberg reported Snap is the year’s most-shorted tech IPO. “Shorting” a stock allows investors to borrow shares of a company in the hopes it’s value will decrease; when the price drops, shorts can sell the shares and make a profit.

In other words, it allows investors to bet against a company. And Snap has a grip of money bet against it right now — with more than $1 billion in short positions. 28 percent of shares available for trade have been shorted, according to Bloomberg (although TheWrap pegs it closer to 15 percent based on data from Charles Schwab). The combination of forces betting against Snap and wary investors nervous to buy in creates a downward pressure on its share price.

Another reason investors are looking to jump ship is the upcoming end of Snap’s lockup period  — a length of time where employees and large shareholders are contractually prevented from selling shares. Snap’s first lockup period ends 150 days after its IPO on July 31. Shareholders looking to cash out on their early investment are free to sell their shares immediately afterwards. Dilution could also be an issue, with A total of 1.2 billion shares available to trade after the lockup period — more than double the current float.

Still, don’t write off Snap yet. Snapchat has nearly 200 million daily active users, and with the company’s continued focus on Android, it’s global appeal will increase. The product itself is sticky and innovative — and has become the personal testing lab for its chief competitor, Instagram. And after a dreadful performance in its first quarterly report, Snap has refocused on beefing up its advertiser tools.

And if you’re Spiegel, well, you’re still a 27-year-old billionaire with a supermodel wife.