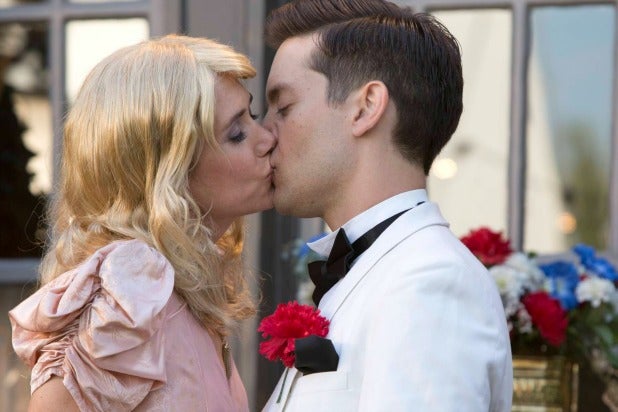 If the rest of 2014 has as much good TV as January does, don’t plan to go outside much.

The first month of the year is packed with shows genuinely worth your time. So let that sidewalk go unshoveled, if you live in the cold part of America. And if you live in one of those climates where shovels are just for burying people, find some other excuse to hang out on your couch. The gym’s always so crowded on Jan. 1 — why not watch TV and let it thin out a bit?

But we digress. Here are five shows we genuinely like in the early part of the year, and aren’t just writing about because it’s a slow news day. It’s not even that slow, honestly, what with these “Duck Dynasty” people and all.

Yeah, so here are some good shows.

TRUE DETECTIVE (HBO), premieres Jan. 12
The presence of Matthew McConaughey, Woody Harrelson and Michelle Monaghan on Nic Pizzolatto’s Louisiana crime drama night make you expect fireworks from the start. You don’t get them. The slow burn makes it all the more satisfying when the show explodes, gloriously, in its genuinely scary third episode. Until then, sit back and drink it all in: McConaughey and Harrelson playing two very different, very damaged men, two decades apart, Monaghan making the most of what could have been a typical wife/girlfriend role, and a take on Louisiana that nails the state’s mix of beauty, mystery, and gothic horror. Every “Silence of the Lambs” ripoff claims to be a “psychological horror story” but “True Detective” really is. McConaughey’s speech about the meaning of life near the end of the third episode may send you into a withering depression, but it’s also setting up the show’s most terrifying image.

THE SPOILS OF BABYLON (IFC), Jan. 9
The Will Ferrell-Adam McKay produced miniseries is the Television Event of the Season when it comes to making fun of Television Events of the Season. A deep bench of stars including Tobey Maguire, Kristen Wiig, Tim Robbins, Jessica Alba, Val Kilmer, Haley Joel Osment, Michael Sheen and Ferrell himself take on “Thorn Birds” style melodramas and leave no sweeping cliche unswept. The opening sequence, below, finds Robbins explaining to his fellow rich guys that he doesn’t care about money, while Maguire delivers an ungainly quote about economist Adam Smith and his “dummy” stepsister Wiig suggests he put that mouth to better use.

FLEMING: THE MAN WHO WOULD BE BOND (BBC America), Jan. 29

The miniseries about 007’s creator would seem like a male fantasy as outsized as any James Bond movie — if most of this stuff didn’t really happen. Yes, Fleming really ordered his endless martinis shaken, not stirred, bedded one gorgeous woman after another, and lived in a Jamaican retreat called GoldenEye. No, he didn’t really battle Soviet spies like Bond did. But did outwit Nazis. Dominic Cooper’s take on Fleming might be a little too glamorous. But the reality was plenty glamorous, too.

Joseph Gordon-Levitt seems to be onto something. With his charm matched only by his enthusiasm, the actor-director rolls out a crowd-sourced half-hour variety show featuring short films, live performances, music and cartoons created by people just like you. It’s a show perfectly suited to the Pivot network, a young-skewing network young and idealistic enough to try anything. Giving a camera to a young actor full of big ideas can be disastrous — so Gordon-Levitt is handing it over to his fans.

What if “2 Broke Girls” was funny? It might look like Comedy Central’s new Amy Poehler-produced series featuring Upright Citizens Brigade veterans Abbi Jacobson and Ilana Glazer. The pair traverse New York City enduring humiliations and doling out offense as they seek ultimate redemption, or at least enough money to get high and go see Lil Wayne. They’re assisted by fellow comedians like Hannibal Burress and Chris Gethard. You can watch the full first episode here or delay your pleasure and just…