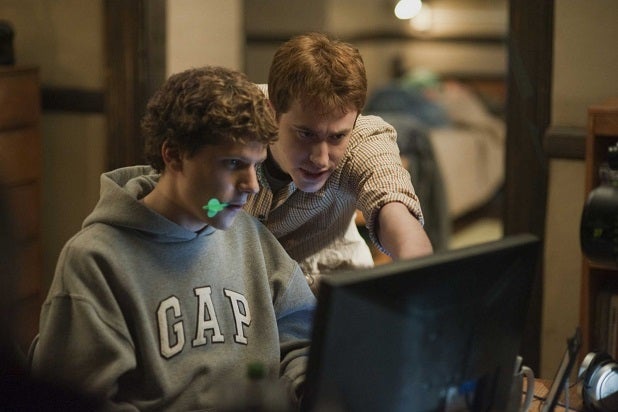 Aaron Sorkin’s 2010 film “The Social Network” told the story of Facebook’s beginnings. But the screenwriter is very aware that in the eight years since the Jesse Eisenberg-led flick premiered, there have been more than a few headlines about things going on over at Mark Zuckerberg’s company.

“Yes, a lot of very interesting dramatic stuff has happened since the movie ends, with settling the lawsuit from the the Winklevoss twins (played by Armie Hammer in the movie) and Eduardo Saverin (portrayed by Andrew Garfield),” Sorkin told the Associated Press in a recent interview. “And Scott [Rudin], who produced ‘The Social Network,’ I’ve gotten more than one email from him with an article attached saying, ‘Isn’t it time for a sequel?'”

And, yes, Sorkin agrees they should make a follow-up to the David Fincher-directer film.

In case you know even less than Sorkin does about modern-day Facebook, allow us to remind you that last year it was reported political consulting firm Cambridge Analytica had harvested the personal data of millions of Facebook user’s profiles without their consent.

Zuckberg and his platform have also been criticized for the part Facebook plays in the spread of  “fake news” on social media.

MORE TO THE STORY: Aaron Sorkin says "The Social Network" producer Scott Rudin has reached out to him about revisiting the subject of #Facebook on film. pic.twitter.com/hE5iOwEik1