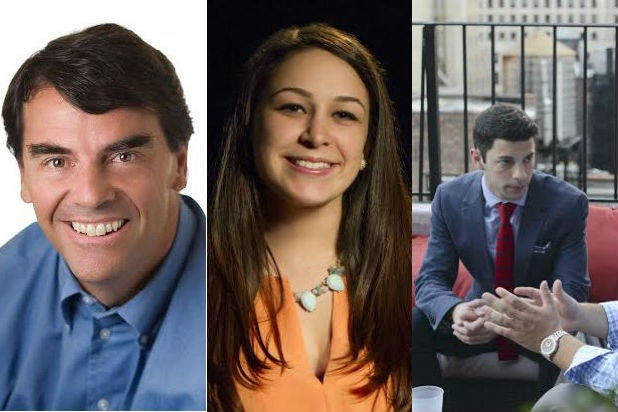 “Startup U,” “Next Step Realty: NYC” and “Monica the Medium,” join recently ordered series “Becoming Us” (formerly “My Transparent Life”) and “Job or No Job,” which will all premiere this summer.

“Startup U” is an unscripted, one-hour series from the producers of “House of Food” that follows a group of entrepreneurial millennials as they embark on a semester at Draper University in Silicon Valley.

Led by billionaire founder and venture capitalist Tim Draper, the seven-week program teaches the fundamentals of launching a startup company under the mentorship of America’s business leaders.

“Next Step Realty: NYC” is a business-based docu-series following the employees of Next Step Realty. The Manhattan-based real estate firm specializes in helping recent college graduates find apartments in New York City while navigating interpersonal and professional conflicts in the workplace.

Lincoln Square Productions is producing the series, along with Danielle Rossen (“What Would You Do?”), who serves as the executive producer.

“Monica the Medium,”follows Monica, a junior at Penn State navigating friends, family, relationships, and the fact that she’s a medium and can talk to dead people.

The show is produced by Dave Caplan’s Trooper Entertainment in association with Lionsgate TV. Caplan will serve as executive producer alongside Malachi McGlone.

“ABC Family will become a brand known as much for character driven docu-dramas as we are for our character driven scripted dramas and comedies,” said ABC Family president Tom Ascheim. “This summer will be chock-full of unscripted fare on the network as we build momentum with these three new series.”