The Academy of Motion Picture Arts and Sciences has already achieved one of the two diversity goals it set two and a half years ago, in the wake of the #OscarsSoWhite protests. And after Monday’s announcement of its class of 2018, the organization seems likely to meet the second goal as well.

This year’s record-setting list of 928 new member invitations puts the Academy well past its goal of doubling the number of non-white members, which stood at about 515 in 2016. With this year’s class, more than 850 people of color have been invited to join in the last three years.

And in more of a surprise, Monday’s list of prospective members has suddenly put the second goal of increasing women’s representation in the Academy within reach, too. 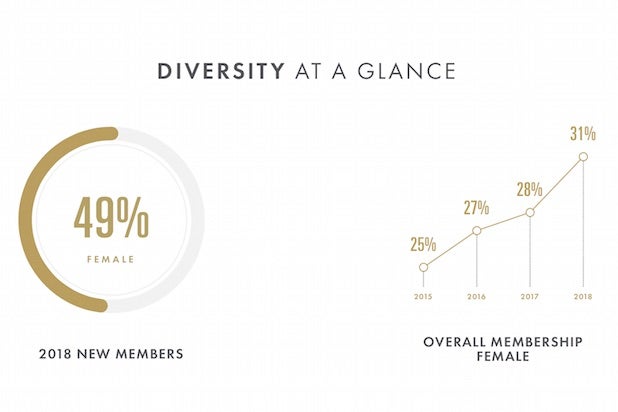 In the Directors Branch, 10 of the 26 invited directors are female, while fewer than 20 of the 59 invited writers are women.

Assuming that most of those who receive invitations accept them, Monday’s announcement will push the total percentage of women in the Academy past the 30 percent mark. It will also go a long way toward realizing the goals set by the Academy in 2016, when it vowed to double the number of women and non-white members by 2020. 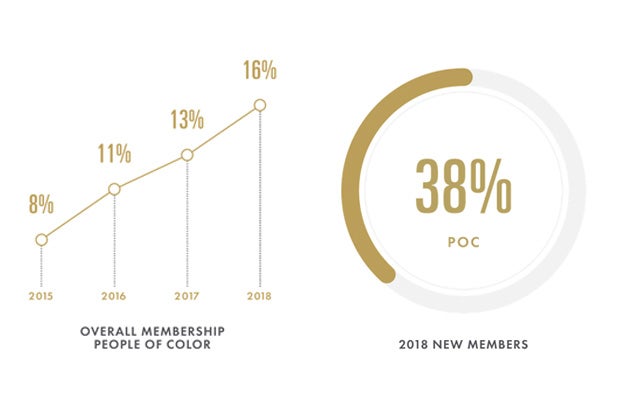 To do so required adding more than 1,600 female members in five years, but the 2016 and 2017 membership drives only added about 600 total. That left the Academy well behind in its goal unless it averaged more than 330 new female members for the next three years.

But Monday’s list means allows AMPAS to come closer to its target to bring the number of women in the Academy to roughly 3,200. Next year and in 2020, it will now need to average about 270 new female members per year to reach its target.

Given what the Academy has done over the past three years, it’s hard to imagine that they won’t do that.