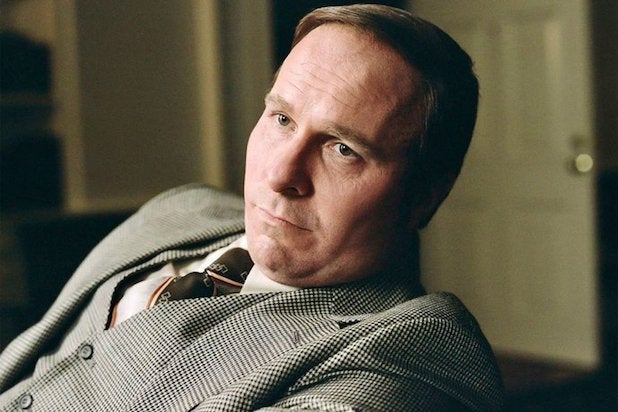 While “Vice” has managed to unite most awards groups, critics are polarized about the biopic of former Vice President Dick Cheney from director Adam McKay (“The Big Short”).

Some have championed the film as perceptive, funny and probing in examining Cheney’s part in where our country is politically today, while others have said that it’s a messy satire that often undercuts its political aims.

“‘Vice’ is a jumble of asides and visual gimmicks and pointed digressions, much in the same way that ‘The Big Short’ was,” Richard Lawson writes in Vanity Fair. “That buckshot tactic worked well enough on something as diffuse and hard to gather as the complexities of Wall Street. But when applied to what could be called a biopic–a study of one person–all that antic reeling obfuscates more than it illuminates.”

“This is an unsubtle, difficult, often depressing film. It’s also one of the year’s best,” Chris Evangelista at /Film says.

Even Christian Bale’s performance has been something of a contentious point. While everyone agrees Bale gives a remarkable transformation, many have conceded that it still feels like an “impersonation.”

“Where is the joke here, aside from Bale acting as though he’s in a serious, dramatic movie in which he goes Method by adding on pounds and grunting his way through a half-baked performance,” Candice Frederick writes in TheWrap. “This is neither funny nor insightful.”

“Vice” was nominated for two SAG Awards for Christian Bale and co-star Amy Adams, and it led all Golden Globe nominations by scoring six nods, including for Best Motion Picture in the Musical or Comedy category.

See more of the reactions with links to the full reviews below:

And maybe McKay wasn’t really trying to indict anyone here, which is fine. But what’s missing in this and even “The Big Short” is a strong filmmaker’s voice. He’s not saying anything, just poking fun. In an era in which the general public is organizing to confront the White House on multiple issues, this isn’t the film we need right now.

“Vice” has an axe to grind, though, and it’s highly likely that many will take issue with McKay’s approach here. No one will ever accuse McKay’s method of storytelling of being delicate, and with “Vice,” he clobbers the audience over the head to drive the point across. Does he go too far? Does he get too literal? Perhaps. But perhaps that’s what this story calls for. Perhaps McKay feels that we, as a society, have let the Dick Cheneys of the world get away with their actions for far too long, and it’s time for a blunt wake-up call. The filmmaker uses montages, fourth-wall-breaks, and other cinematic tricks to make “Vice” as visually entertaining as possible. If you’re looking for subtlety, turn back now.

Christian Bale nails the Dick Cheney persona — dry, pointed, deceptively dull, invisibly passive-aggressive, a blank with a hint of a growl — and does it with a playful bravura that could hardly be more perfect. It’s an impersonation, though one brought off on a virtuoso level of observation and exactitude.

I’m tempted to say that there could be value in “Vice” for someone who is unaware of Cheney or the Bush years, or the hideous calamity of the Iraq war. But the thing is, the movie feels specifically built to please and titillate those who already know. It’s confirmation more than education, and thus is willy-nilly with its plotting and details, a greatest-hits parade of Cheney’s misdeeds that fails to link them together in any thoughtful or convincing way.

Buoyed by a brilliant transformation by Christian Bale, it offers a smart and detailed overview of Cheney’s elaborate ruse to exploit the country’s highest authority, but undercuts its authority with crass and often clunky humor that overstates the nature of Cheney’s villainy. Lame jokes just get in the way when the bad guys are hiding in plain sight.

Basically, it’s a better film than “The Big Short” because of a big, enjoyable, intelligent central performance in which Bale has the sense to do more with less. His Cheney is often slumped, immobile, round-shouldered, animated only when reaching for a confidential document or sugary pastry. But he’s a quick mover, politically.

One immediate benefit of the film will be to give the Trump-obsessed media someone else to hammer for a while. But fortunately, this film is not “Saturday Night Live”-style mockery designed merely to score easy political points but, rather, deep dish satire of the sort that is in general short supply; beyond that, it illuminates how the table was laid to help us arrive at where we are today. This feels like a zeitgeist event that has its thumb firmly up the rear of its subject and its finger on the pulse of the public.